Anwar sworn in as 10th prime minister of Malaysia 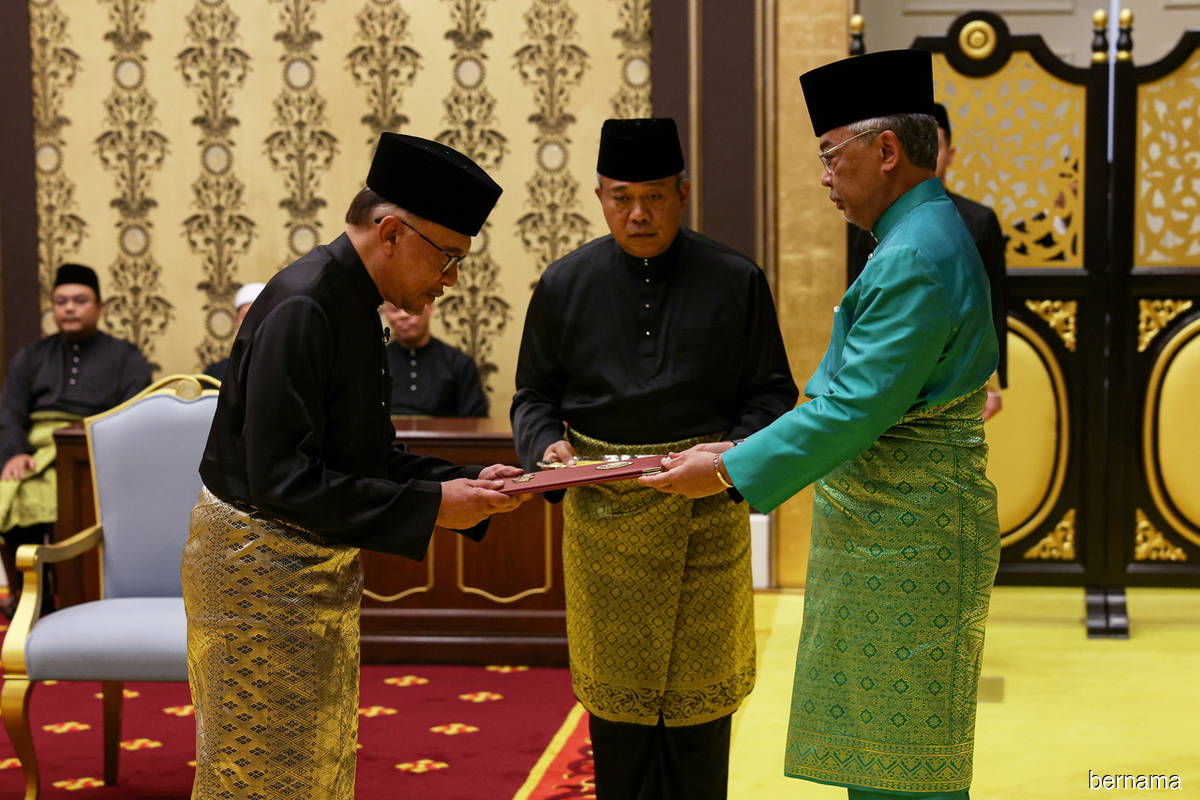 KUALA LUMPUR (Nov 24): Datuk Seri Anwar Ibrahim has taken his oath of office as the 10th prime minister of Malaysia before the Yang di-Pertuan Agong at Istana Negara on Thursday (Nov 24) afternoon.

The ceremony, which involved the conferment of the instrument of appointment and taking the oath of office and allegiance, as well as the oath of secrecy as the prime minister, was held at 5pm and broadcasted live on national television.

Earlier, Yang di-Pertuan Agong Al-Sultan Abdullah Ri’ayatuddin Al-Mustafa Billah Shah consented to Anwar’s appointment as prime minister following the conclusion of the Conference of Rulers that ended a political impasse that emerged as the 15th general election (GE15) last Saturday resulted in a hung Parliament for the first time in the country's history — with no party or coalition obtaining the simple majority of 112 seats out of the 222 seats in Dewan Rakyat that is needed to form a new government.

Subsequently, the Agong decreed that all parties and coalitions consider forming a unity government to end the political impasse. The matter was eventually resolved following the Conference of Rulers that met earlier on Thursday, which decided on the appointment of Anwar as the 10th prime minister.

Anwar rose to the top echelons of the government as the deputy prime minister to Tun Dr Mahathir Mohamad in the 1990s, before being sacked from his position and BN's Umno during the Asian financial crisis.

He was the prime minister-in-waiting in 2018, when the then Tun Dr Mahathir Mohamad-led PH wrestled Putrajaya for the first time from BN.

Get our comprehensive GE15 coverage here.