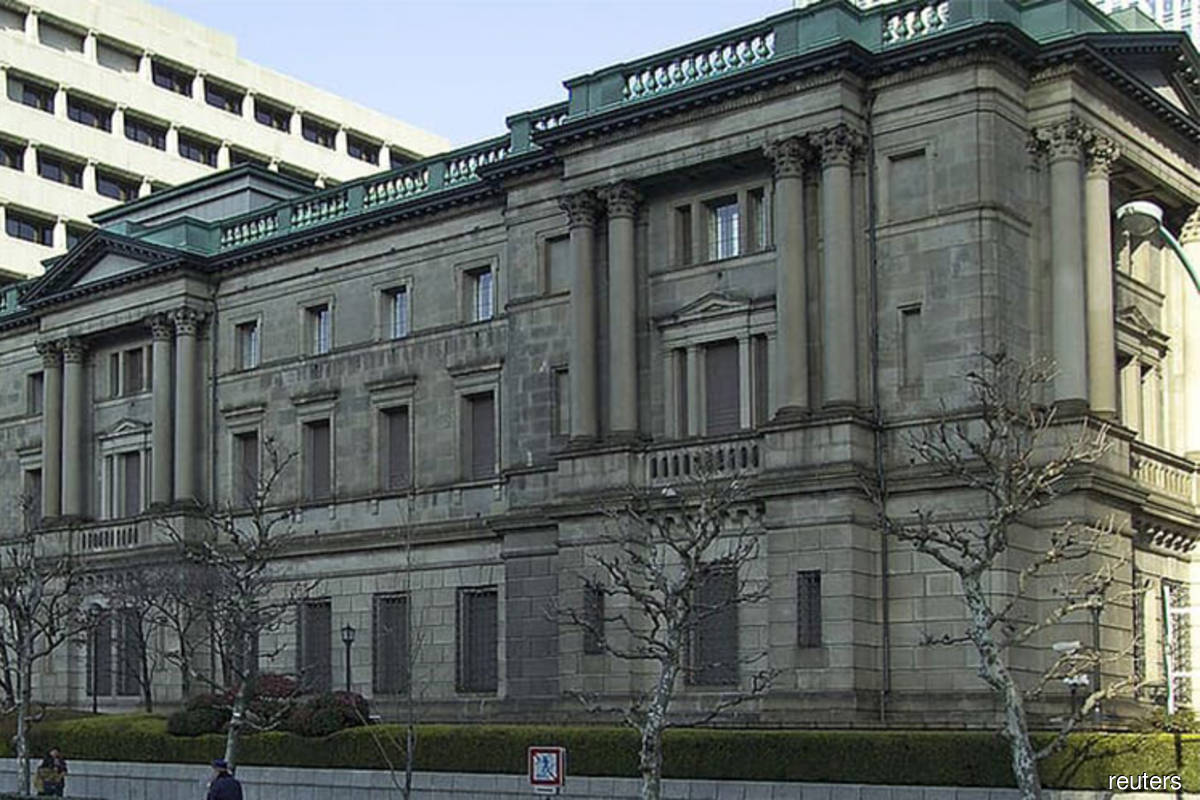 TOKYO (Oct 20): Japan's central bank is expected to cut its growth and price forecasts for the current fiscal year at next week's rate review, sources familiar with its thinking said, as the coronavirus pandemic weighs on the economic recovery.

But any such downgrade is unlikely to trigger an immediate expansion of monetary stimulus, with the Bank of Japan (BOJ) expected to maintain its assumption that the world's third-largest economy will post a moderate pickup, the sources said.

"It's somewhat weaker than three months ago," one of the sources said of this fiscal year's growth projections, a view echoed by two other sources.

The main reason for the downward revision in growth is the bigger-than-expected economic slump in April-June and soft consumption during the summer, the source said.

"Risks are skewed to the downside," a second source said, adding that weak service-sector spending and prospects of deeper cuts in capital expenditure cloud the outlook.

In the most recent projection made in July, the BOJ expects the economy to contract 4.7% in the current fiscal year ending March 2021. That is less pessimistic than a 6.0% fall projected in this month's Reuters poll.

The BOJ's July forecasts were compiled before the release of data that showed Japan's economy shrank an annualised 28.1% in April-June, its worst postwar slump.

The nine-member board is also seen slightly trimming its inflation forecast for the current fiscal year, due largely to the impact of a government campaign offering discounts for domestic travel, the sources said.

The BOJ's current projection is for core consumer prices to fall 0.5% this fiscal year.

The central bank is widely expected to keep monetary policy steady at the rate review on Oct 28-29, when it will also release the fresh quarterly growth and inflation projections.

The board is unlikely to make major changes to its growth and price forecasts for fiscal years ending March 2022 and 2023, the sources said.

The sources spoke on condition of anonymity due to the sensitivity of the matter.

Japan's economy is gradually emerging from the second quarter's steep slump, with exports and output picking up thanks to a rebound in automobile sales and China's solid recovery.

Big firms plan to raise capital spending by just 1.4% in the current business year, a quarterly BOJ survey showed in October, lower than a 3.2% increase projected in June.

Many BOJ officials expect firms to cut spending plans further in coming months, as the pandemic hits profits. Resurgent infections in Europe add to uncertainty for the export-reliant economy, the sources said.

Despite the risks, the BOJ is in no mood to ramp up stimulus now having eased policy in March and April, they said.

Under a framework created to cushion the blow from the pandemic, the BOJ now buys huge sums of government and private debt. It also offers incentives to financial institutions that boost lending to smaller firms hit by the crisis.

That framework is the first line of defence against new strains on the economy caused by the pandemic, the sources said, suggesting that other steps such as interest rate cuts will be considered only in more extreme circumstances.

Under a policy dubbed yield curve control, the BOJ sets interest rates as its main policy target. It now pledges to guide short-term rates at -0.1% and 10-year yields around zero.