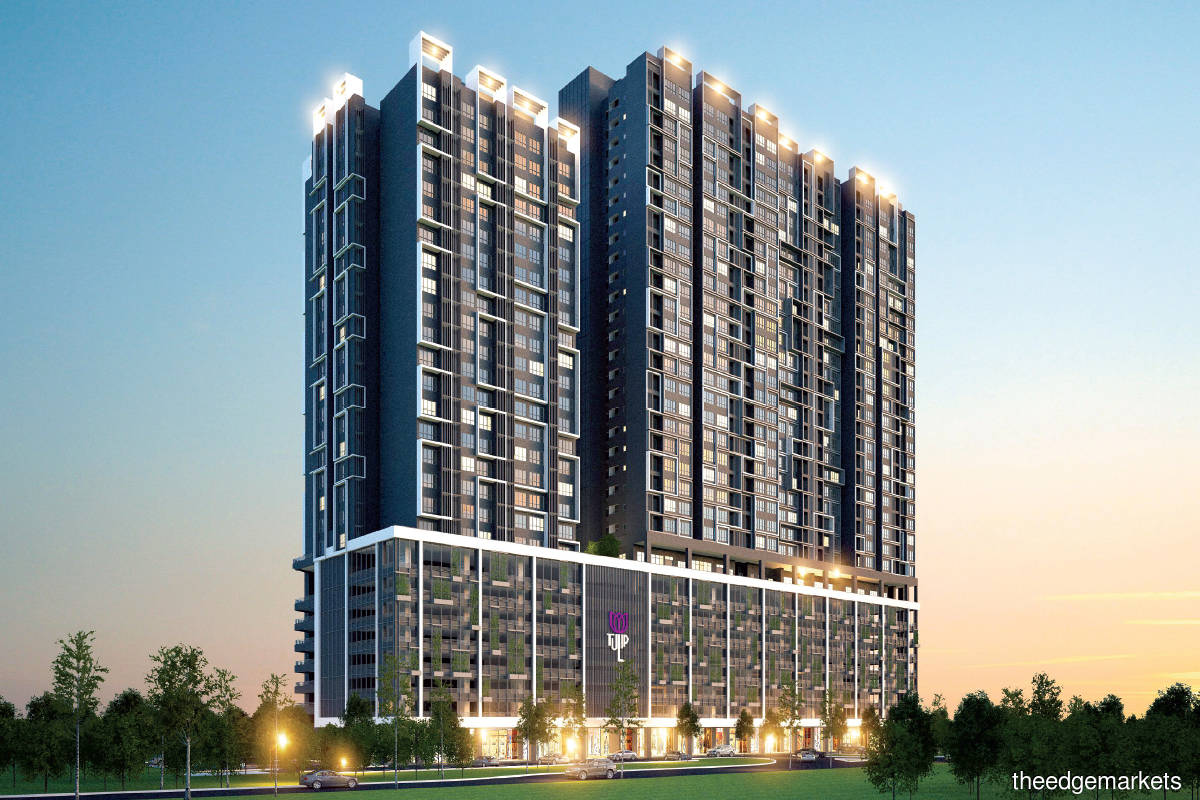 Tulip Residence is a joint venture between Chester Denai Alam, the landowner and Setiakon Builders Group (Photo by Chester Group)

The dream of becoming a developer and launching his own projects was realised when Datuk Howard Chew entered the property industry in 2006. Today, he is chairman of one of the leading real estate agencies in the country — Chester Group.

Chew has embarked on a project called Tulip Residence, a mixed-use development that offers serviced apartments and retail lots in Denai Alam, Selangor. The project, which has a gross development value (GDV) of RM230 million, is a joint venture with Chester Denai Alam Sdn Bhd (a subsidiary of Chester Group), the landowner, and Setiakon Builders Group.

“I told myself from day one, Chester Group would design, build and sell our own project,” Chew smiles. “And I never rushed myself into realising this dream because if you understand the industry well, you will know a successful project does not happen by chance. It involves a lot of market study, planning, marketing strategy, experience, networking and a golden opportunity. You need to have a war chest as well as good partners.”

About two years ago, Chew was approached by an investor who owns a few parcels of land in the Klang Valley to jointly develop a three-acre freehold tract in Denai Alam. “The proposal came during the Covid-19 outbreak, when no new properties were being launched at all. We thought it would be a golden opportunity because we would have the market’s attention,” he says.

“We believe the project will sell as long as the combination is right, which is the location, price and product. With our market experience over the past 16 years, we are confident that we can come up with something that the market wants.”

As a strong believer in the saying, “Great opportunity lies in the midst of every crisis”, Chew acted fast to team up with the investor and a renowned builder — Setiakon Builders Group — to kick-start the development.

The project comprises two towers and 14 shoplots on the ground level. The 32-storey Tower A offers 320 serviced apartments with built-ups of 653, 753 and 956 sq ft. Every layout comes with at least two bedrooms and a bathroom, a balcony and two parking bays. The average selling price is RM650 psf, or from RM414,800.

“The 14 shoplots were sold to selected buyers and investors from my personal contacts and Black Card members. They were all made to understand that they would bring food and beverage brands to Tulip Residence, to make this the hang-out place of Denai Alam,” says Justin Tai, chief development director of Chester Denai Alam. He adds that most of the buyers are F&B business owners.

Chew says, “This project ticks all the boxes for many homebuyers. However, I certainly didn’t expect the overwhelming response as we are the new kid on the block; we do not have completed projects and a track record to prove our ability. We also did not have a fat budget to promote the launch. Yet, the first tower and all 14 shoplots were fully taken up within a few months before the official launch, the date of which hasn’t been decided.” Chew: We believe the project will sell as long as the combination is right, which is the location, price and product (Photo by Suhaimi Yusuf/The Edge)

With a different concept from Tower A, which is family-oriented, Tower B is designed to cater for the needs of young professionals. “For young people who have just started working, most of them will not compromise on their lifestyle. The SoHos in Tower B provide them with everything they need — a space that they can call their own, affordable monthly instalments and good facilities.”

Chew attributes the good take-up to the strong network that he has built over the years. “I am the founder of the Black Card Platform. It is the world’s largest investment, business and education sharing platform, with about 800 members now. This platform offers opportunities, special deals and insights into properties, the stock market, businesses and other investment opportunities. Tulip Residence was promoted on this platform with a special deal. Many of our buyers are members of the Black Card Platform.”

According to Tai, Tower B is now open for registration and the market response has been encouraging. “Those who can’t get Tower A, they do not mind buying a unit in Tower B, even though the built-up is smaller, because they deem the ‘package’ is good — location, pricing and offering,” he adds.

Tai says Towers A and B are two separate buildings that share the facility floor at Level 8. The facilities include an infinity pool, jogging track, gym, multipurpose hall, children’s playground, reading area and laundry. The maintenance fee, inclusive of the sinking fund, will be 33 sen psf.

Tulip Residence is near various amenities. Being situated in the heart of Denai Alam, the project is a five- to 10-minute drive to City of Elmina, a township development by Sime Darby Property Bhd. There are F&B outlets, schools, banks, clinics, a drive-through restaurant and petrol stations, to name a few.

“Upon completion of the Damansara-Shah Alam Elevated Expressway (DASH), it will take less than 15 minutes from here to 1 Utama Shopping Centre,” says Tai. Tai: Upon completion of the Damansara-Shah Alam Elevated Expressway (DASH), it will take less than 15 minutes from here to 1 Utama Shopping Centre (Photo by Suhaimi Yusuf/The Edge)

Given the encouraging market response to Chester Group’s maiden launch, Chew is planning the next project.

“It will be a project in the Kepong/Selayang area. The GDV is about RM300 million,” he says.

“However, we haven’t signed the deal yet. So, there isn’t much I can share at the moment. But yes, we are looking to launch the next project, hopefully by next year.”

Chew says the company will go asset-light in the future. “We are not the big boys who can acquire land and keep it. We prefer not to do so because when you have too many assets, you can’t act fast and you will be stressed to launch something because the gearing is high.

“We are comfortable with the JV method. Just like Tulip Residence, the investor partner has the land, while Setiakon is a renowned builder in Malaysia, and Chester Group has a strong marketing team and customer network. It is the synergy that makes Tulip Residence a success story, and we intend to continue with this business model.”

While Chew welcomes any joint-venture opportunity, he is also trying to build up a war chest for a sustainable long-term business. “We are doing some corporate exercises and are looking to get listed next year. If everything goes smoothly, we will start looking for land for development,” he says.