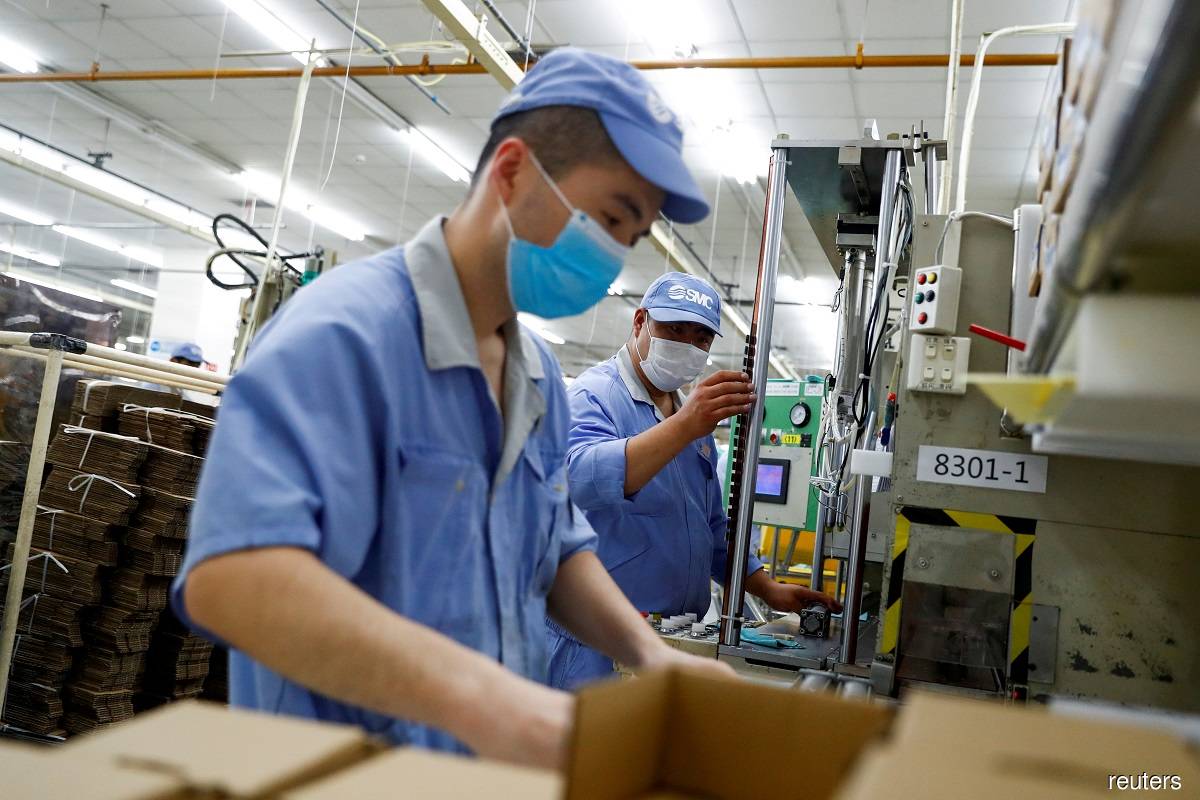 Industrial production rose 5.3% in August from a year earlier, narrowing from an increase of 6.4% in July and marking the weakest pace since July 2020, data from the National Bureau of Statistics showed on Wednesday. Output growth missed the 5.8% increase tipped by analysts.

Consumer spending also took a big hit from rising local Covid-19 cases and floods with sales rising only 2.5% in August from a year ago, much lower than the forecast 7% rise and the slowest clip since August last year.

"Economic growth slowed in August as consumption was hit by the lingering impact of earlier Covid outbreaks and investment remained weak," said Louis Kuijs, head of Asia economics at Oxford Economics. "Meanwhile, a new outbreak which started a few days ago in Fujian is posing downside risk to our forecast of a pickup in growth in 4Q (fourth quarter) after a weak 3Q."

The world's second-largest economy has made a remarkably strong revival from last year's coronavirus-led slump, but momentum has slowed over the past few months due to supply chain bottlenecks, semiconductor shortages, curbs on high-polluting industries, and a crackdown on property investment.

Looking ahead, analysts at Nomura expect the weakness to broadly extend into September given the new wave of Delta cases in Fujian province and worsening conditions in the property market as authorities get tough on the sector.

Social restrictions due to the Covid-19 Delta variant in several provinces have hit the catering, transportation, accommodation, and entertainment industries.

China's service activity slumped into contraction in August, a private-sector survey showed, as restrictions to curb Covid-19 once again closed shopping malls and many businesses in parts of the country.

KFC operator Yum China Holdings Inc said on Tuesday its adjusted operating profit would take a 50%-60% hit in the third quarter as the spread of the Delta variant in China closed restaurant and "sharply reduced sales".

"As growth is approaching the lower end of the officially estimated potential growth range of 5%-5.7%, Beijing may step up targeted easing to generate a moderate pickup in growth in our view," said Jingyang Chen, Greater China economist at HSBC.

"We expect the government to further speed up special bond issuance and the central bank to roll out more targeted easing measures, including targeted RRR cuts, to support SMEs."

The weak data comes amid growing worries problems in China's property sector could have a wider impact on the broader economy.

Particular focus is on Evergrande Group, one of China's top property developers, which has struggled to pay lenders and suppliers as its housing sales plunge.

Authorities in China have stepped up efforts to rein in a red-hot property market, which rebounded sharply from last year's Covid-19 shock.

For now, analysts expect policymakers to prioritise stability and maintain their property curbs and restrictions on carbon emissions, even if it means a deeper hit to the economy.

"We think Beijing is willing to shoulder some short-term pain in order to seek long-term gains," Nomura said.