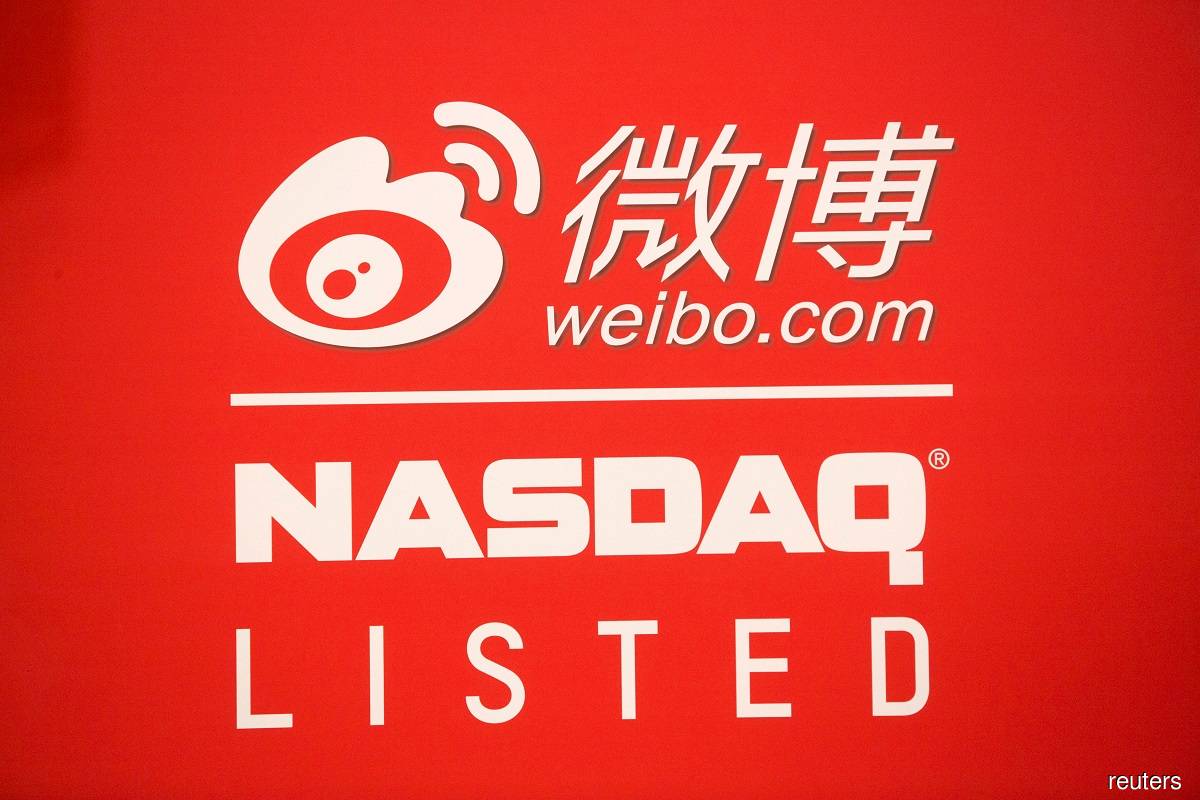 HONG KONG (Feb 23): Chinese social media platform Weibo Corp has appointed Goldman Sachs, Credit Suisse, and CLSA to work on its planned Hong Kong secondary listing in the final half of 2021, two sources with direct knowledge of the matter said.

The listing by China's largest microblogging platform could raise up to US$700 million, one of those people said, as the company joined a wave of Hong Kong share sales by US-listed Chinese companies.

The Nasdaq-listed company, which has a market capitalisation of US$13.2 billion and is backed by tech giant Alibaba, is considering selling about 5% of its enlarged share capital in Hong Kong to broaden the investor base, one of the sources said.

They asked not be named because the information has not been made public.

Weibo did not immediately respond to a request for comment and Goldman Sachs, Credit Suisse, and CLSA declined to comment.

A Hong Kong listing adds Weibo to the Chinese companies whose shares are trading in New York that are seeking to return to exchanges closer to home against the backdrop of political tension between the United States and China.

Weibo, which went public in 2014, has seen its shares gain 42% so far this year, outperforming the Nasdaq Golden Dragon China Index, which tracks Chinese firms listed on the US exchange and has advanced 26% over the same period.

The Beijing-based company reported US$417 million in advertising and marketing revenues, its core source of income, in the third quarter, flat year-on-year, following fierce competition from rivals, such as Bytedance, which runs popular short video app Douyin and online video firm Kuaishou.