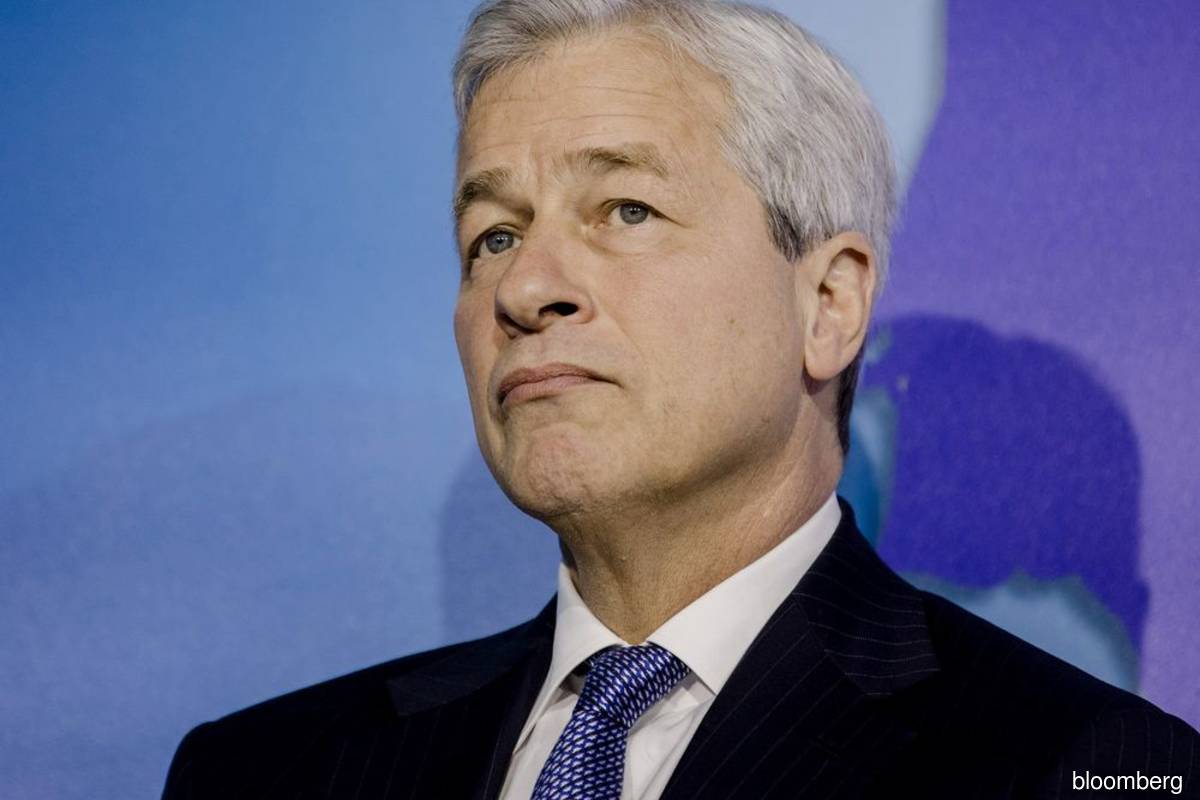 NEW YORK (April 7): Jamie Dimon, who built the biggest and most profitable US bank in history, is warning shareholders his industry’s disruption by technology is finally at hand. Shadow lenders are gaining ground. Traditional banks are being consigned to a shrinking role in the financial system.

The letter expands on predictions Dimon has offered for years, this time declaring many of those threats have now arrived. Financial-technology firms are more formidable, offering easy-to-use, fast and smart products, he said. Shadow banks – a group that includes investment funds and online platforms offering financing to companies and consumers – are winning market share too.

Those groups have outpaced the growth of banks by some measures, often thanks to less regulation. They have also done “a terrific job in easing customers’ pain points” with slick online platforms, he said.

“While I am still confident that JPMorgan Chase can grow and earn a good return for its shareholders, the competition will be intense, and we must get faster and be more creative,” the CEO wrote. “Acquisitions are in our future, and fintech is an area where some of that cash could be put to work.”

The 65-page letter (plus a page of footnotes) is Dimon’s longest yet, following last year’s abbreviated one that came less than a week after he returned to work from emergency heart surgery. As always, it is wide-ranging, touching on topics from financial regulation to China to inequality and institutional racism.

Despite a warning just two days ago from Senate Minority Leader Mitch McConnell that corporate leaders should refrain from taking stances on divisive political issues, Dimon wades into areas including immigration, health care and education.

“Our problems are neither Democratic nor Republican – nor are the solutions,” Dimon wrote. “Unfortunately, however, partisan politics is preventing collaborative policy from being designed and implemented, particularly at the federal level.”

At 65, Dimon is the most prominent executive in global banking, serving as a spokesman for the industry, while leading a titan of both Wall Street and consumer lending. He’s run the company since the end of 2005, and is the only CEO still at the helm after steering a major bank through the financial crisis.

Dimon struck optimistic notes about the prospects for the coronavirus pandemic to end with a US economic rebound, which he credited in part to the government and banks.

Unprecedented federal rescue programs blunted unemployment and averted further economic deterioration, he said. Banks entered the crisis strong, able to help communities weather the storm. And while lenders also benefited from US stimulus, they built up buffers against future loan losses and performed well in stress tests, he said.

Dimon also pointed to US consumers, who used stimulus checks to reduce debt to the lowest in 40 years and stashed them in savings, giving them – like corporations – an “extraordinary” amount of spending power once lockdowns end. The latest round of quantitative easing measures will have created more than US$3 trillion in deposits at US banks, a portion of which can be lent out, he said.

“I have little doubt that with excess savings, new stimulus savings, huge deficit spending, more QE, a new potential infrastructure bill, a successful vaccine and euphoria around the end of the pandemic, the US economy will likely boom,” he said. “This boom could easily run into 2023.”

It could all add up to a Goldilocks moment, according to Dimon, where growth is fast and sustained while inflation ticks up gently. Threats to that outcome include virus variants and a rapid or sustained jump in inflation that prompts rates to rise sooner.

But for all the brightness in economic outlook, Dimon found cause for far darker laments. The pandemic has thrust profound inequities and their devastating effects into the spotlight. On issues such as health care and immigration, people have lost faith in the government’s ability to solve problems, he said.

“Americans know that something has gone terribly wrong, and they blame this country’s leadership: the elite, the powerful, the decision makers – in government, in business and in civic society,” he wrote. “This is completely appropriate, for who else should take the blame?”

That fuels populism on the right and left, he said. “But populism is not policy, and we cannot let it drive another round of poor planning and bad leadership that will simply make our country’s situation worse.”

He even put it in economic terms: He estimates wide-ranging “dysfunction” has cut a percentage point off the US growth rate. He suggested studying solutions abroad, pointing to apprenticeship programs in Germany, health care in Singapore and infrastructure in Hong Kong.

“Fixing America’s problems is going to take hard work. But if we divide them into their component parts, we will find many viable solutions,” he said. “With thoughtful analysis, common sense and pragmatism, there is hope.”