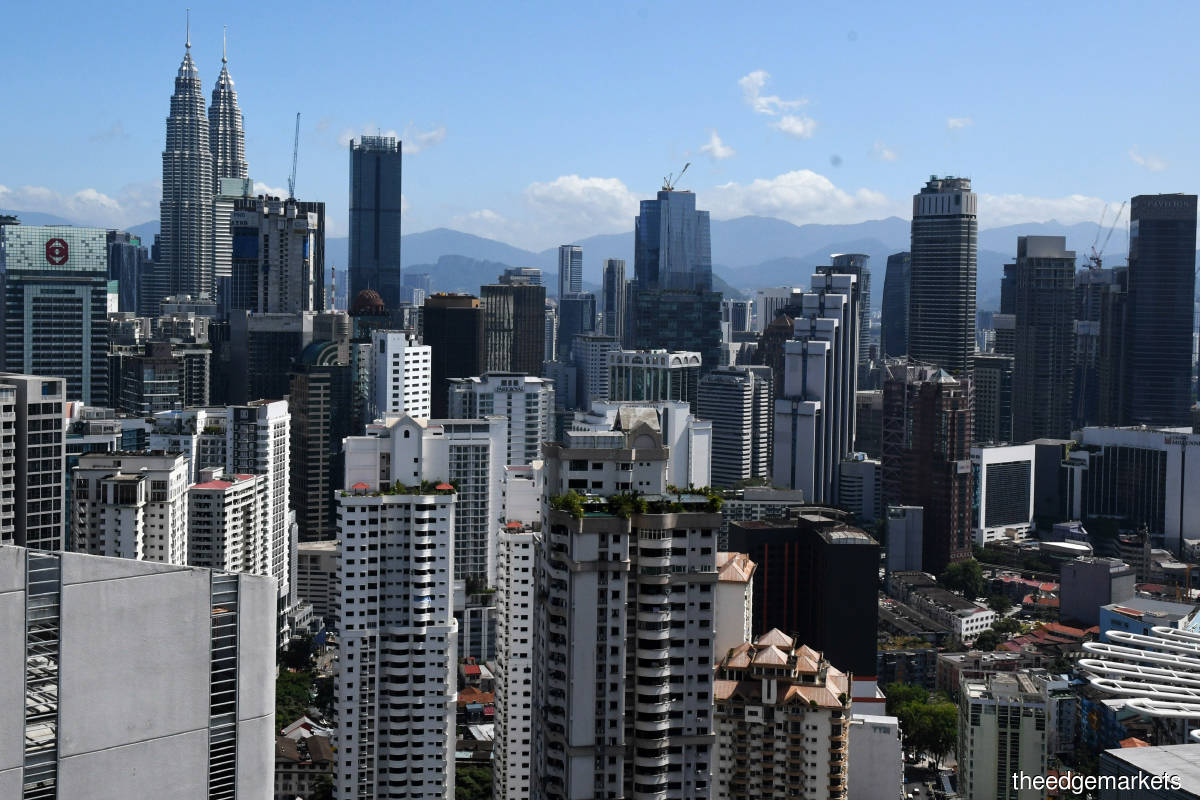 He cautions, however, that with a high impending office supply expected in 2H2022 and 2023, the overall demand for office space will continue to be outpaced by existing and incoming supply.

“Rental and occupancy levels in KL fringe continue to hold, driven by its ability to attract a wider pool of occupiers through the availability of high-quality office space at competitive rentals and ease of access to amenities and transportation,” says Teh.

He adds that the Selangor office market is expected to remain resilient with more leasing activity, especially for Grade A buildings in prime locations such as Petaling Jaya. Teh believes that the KL office market will continue to remain competitive amid a growing mismatch between supply and demand, driven by the significant incoming supply in 2H2022 and beyond.

Meanwhile, demand for co-working space continues to rise as it provides occupiers with the opportunity to remain agile and grow according to their business needs. Teh notes that co-working space operators are cautiously optimistic as they explore expansion into new locations.

A slight improvement in the overall performance of the office sector was seen in 3Q2022. According to Teh, there were positive movements in prime areas of central KL city, KL fringe and Petaling Jaya as companies relocated, right-sized and re-examined their corporate strategies and workplace arrangements.

“During the review period, rents in KL city remained relatively flat with slight increments for KL fringe and Selangor. The Klang Valley office market, however, remains tenant-led amid the supply and demand imbalance,” says Teh.

Rental rates in the new CBD remained unchanged from last quarter at RM7.09 psf, while the old CBD saw a decrease of 0.2% to RM4.47 psf and KL city centre peripheral (KLCCP) was up 0.4% from last quarter to RM3.90 psf.

The overall rental rate in Selangor was relatively flat in 3Q2022. Rental rates in Subang Jaya, Shah Alam and Cyberjaya remained at RM4.11 psf, RM3.41 psf and RM3.72 psf respectively. Petaling Jaya was the only area to show growth, up to RM4.41 psf from RM4.38 psf in the previous quarter. Overall, rental rates in Selangor stood at RM4.10 psf compared with RM4.09 psf in the previous quarter.

“The overall occupancy in the Klang Valley was stable in 3Q2022. There were marginal improvements in occupancy for KL city and KL fringe, and a minor decline in Selangor,” says Teh.

Teh notes that the drop in occupancy rates in Subang Jaya was due to tenant movements from Puchong Financial Corporate Centre.

Maybank Bhd will occupy 33 floors of Merdeka 118, a space of 650,000 sq ft, at an initial gross monthly rent of RM10.60 psf for the first six years with subsequent adjustments for inflationary costs. This translates into an effective monthly rental rate of RM8.92 psf or about RM69.58 million a year. The lease with owner Permodalan Nasional Bhd (PNB) will commence in 4Q2025. With Maybank on board, Merdeka 118 will have 70% occupancy by the end of the year.

Forever Backup Sdn Bhd is buying AmFIRST Real Estate Investment Trust’s (AmFIRST REIT) Menara AmFIRST in Petaling Jaya, Selangor for RM62 million in cash. The manager said that, considering the asset’s age and limited scope for growth, it was an opportune time to dispose of the asset to repay existing borrowings to optimise the trust’s gearing level.

Hap Seng Consolidated Bhd and Great Eastern Life Assurance (M) Bhd are finalising a deal for Hap Seng to acquire the Menara Weld office building and The Weld Shopping Centre located at the corner of Jalan Raja Chulan and Jalan P Ramlee. The price of the acquisition is reported to be between RM240 million and RM300 million.