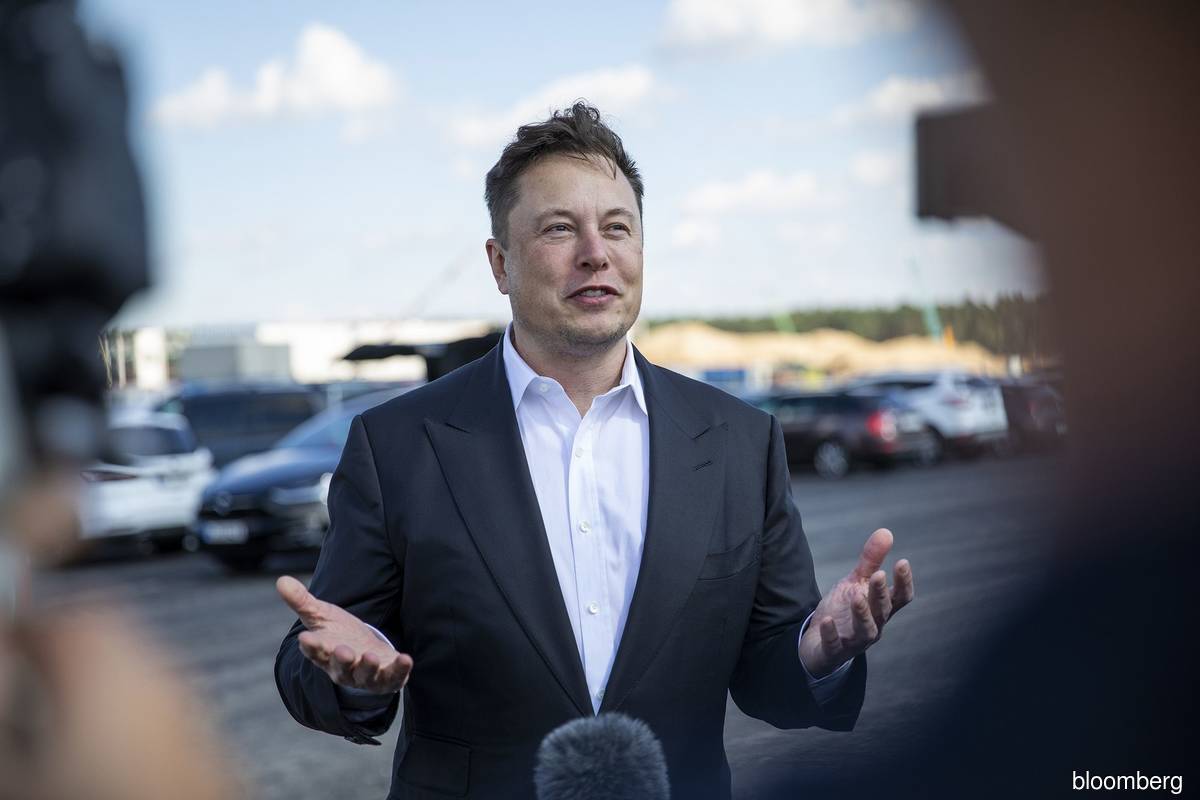 (March 7): Elon Musk set records last year for one of the fastest streaks of wealth accumulation in history. The reversal is underway and it’s steep.

The Tesla Inc chief executive officer lost US$27 billion since Monday, as shares of the automaker tumbled in the selloff of tech stocks. His US$156.9 billion net worth still places him No. 2 on the Bloomberg Billionaires Index, but he’s now almost US$20 billion behind Jeff Bezos, who he topped just last week as world’s richest person.

Musk’s tumble only underscores the hard-to-fathom velocity of his ascent. Tesla shares soared 743% in 2020, boosting the value of his stake and unlocking billions of dollars in options through his historic “moonshot” compensation package.

His gains accelerated into the new year. In January, he unseated Bezos as the world’s richest person. Musk’s fortune peaked later that month at US$210 billion, according to the index, a ranking of the world’s 500 wealthiest people.

Consistent quarterly profits, the election of President Joe Biden with his embrace of clean technologies and enthusiasm from retail investors fueled the company’s rise, but for some, its swelling valuation was emblematic of an unsustainable frothiness in tech. The Nasdaq 100 Index fell for the third straight week on Friday, its longest streak of declines since September.

Musk’s fortune hasn’t been solely subject to the forces buffeting the tech industry. His net worth has risen and slumped recently in tandem with the price of Bitcoin. Tesla disclosed last month it had added US$1.5 billion of the cryptocurrency to its balance sheet. Musk’s fortune took a US$15 billion hit two weeks later, after he mused on twitter that the prices of Bitcoin and other cryptocurrencies “do seem high.”

Extreme volatility has roiled many of the world’s biggest fortunes this year. Asia’s once-richest person, Chinese bottled-water tycoon Zhong Shanshan, relinquished the title to Indian billionaire Mukesh Ambani last month, after losing more than US$22 billion in a matter of days.

Quicken Loans Inc. Chairman Dan Gilbert’s net worth surged by US$25 billion on Monday, after his mortgage lender Rocket Cos was said to be the next target of Reddit day traders. His fortune has since fallen by almost US$24 billion. Alphabet Inc co-founders Sergey Brin and Larry Page are among biggest gainers on the index this year. They’ve each added more than US$13 billion to their fortunes since Jan 1.