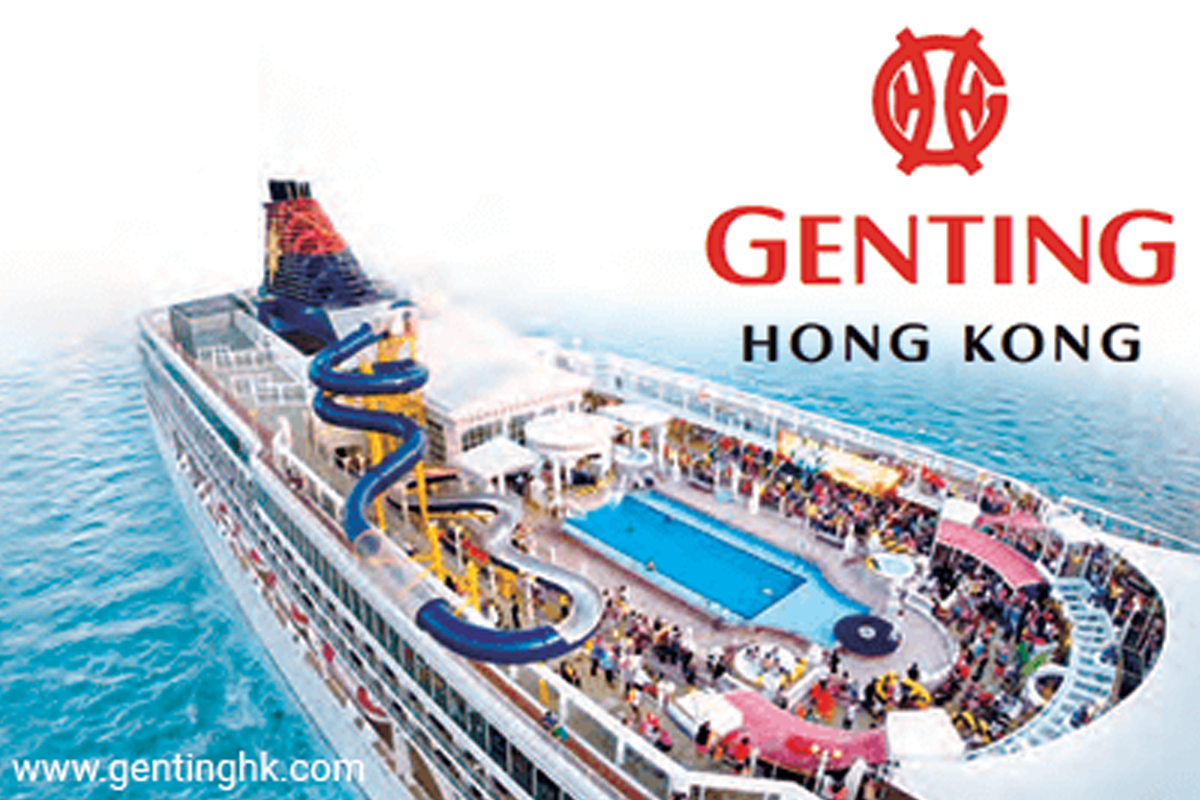 GENTING Hong Kong Ltd (Genting HK) is involved in a legal tussle with the German government. It isn’t about a casino licence in Deutschland but a shipyard in Germany’s northeast state of Mecklenburg-Vorpommern — an investment that Tan Sri Lim Kok Thay made in 2015.

The rationale for the US$35 million-plus investment was to have a vertical integration, meaning owning a shipyard that could build cruise ships for Genting HK’s cruise operations.

However, last week, Genting HK — in which the Lim family owns a 75.7% stake — announced that its shipyard MV Werften Holdings Ltd (MVWH) was filing for insolvency, following a breakdown in financing talks between the German authorities and the company.

“Accordingly, and without any likely prospects of additional funding being available to MVWH, the directors of MVWH are mandatorily required under German law to file for insolvency,” Genting HK told the investing public in its filing with Hong Kong Stock Exchange.

Genting HK’s share price more than halved to HK$0.32 on Jan 13 following the announcement, from HK$0.73 the day before.

There will not be any direct impact on the listed entities back home, namely Genting Bhd and its subsidiary Genting Malaysia Bhd, given the absence of cross-shareholdings.  Still, it raises eyebrows, given the Genting group’s track record on related party transactions.

The filing for insolvency was made roughly a week before the court’s outcome on Jan 17.

Genting HK pointed out the repercussions caused by the insolvency filing, which triggered a default under an existing facility agreement. This in turn triggered a cross-default under other financing arrangements made by the group, amounting to some US$2.78 billion.

It added that its lenders under the cross-default financing agreement could demand for early repayment. However, the company had not received any notice from the relevant lenders as at Jan 13.

To recap, the legal dispute originated from the drawdown of a loan facility provided by the state of Mecklenburg-Vorpommern — the State M-V Backstop Facility. The facility is aid provided by the German government to businesses hit by the Covid-19 pandemic.

The matter of the loan facility between the German authorities and Genting HK was brought to the German courts on Dec 27, 2021, which indicated that a ruling on the matter would be handed down on Jan 17.

“Pending the outcome of the hearing on the legal proceedings and the ability of the company to drawdown State M-V Backstop Facility, there is no guarantee that the group will be able to meet its financial obligations under its financing arrangements as and when they fall due,” Genting HK said in the filing.

The company further warns that if it is unable to meet its obligations to repay any debts as they become due or is unable to strike an agreement with its creditors for an extension of its borrowings, there may be a “material adverse effect on the group’s business, prospects, financial condition and operating results”.

To make matters worse, Genting HK has been denied a drawdown of other loan facilities.

According to the filing, Genting HK has been seeking alternative sources of liquidity under existing contractual commitments. One of which is the group’s entitled and fulfilled construction milestone drawdown of €108 million (RM516 million) from the €1.36 billion multicurrency term loan facilities agreement entered in connection with the construction of the Global One vessel (Global 1 facility agreement). The other is a €30 million “silent participation” tranche of the new €300 million Federal Economic Stabilisation Fund (WSF).

Genting HK says that it is contractually entitled to draw down the amounts under these facilities according to the existing terms and conditions. However, it has been denied the facility under the Global 1 facility agreement. The company says the German government export credit insurance agency Euler Hermes, involved in the financing of Global 1, has refused to confirm the insurance coverage required under the facilities. Consequently, this led to the refusal of participating banks to release the milestone payment.

Euler Hermes’ refusal is based on a business review of the company’s five-year outlook prepared at the request of the insurer, which considered various stress scenarios affecting the cruise operator, including a persistent and sustained reduction in business activities as a result of Covid-19, according to Genting HK.

Is this the final nail in the coffin for Genting HK, which is well regarded as Lim’s brainchild?

Many say that how MVWH ended up in its current insolvent status can be largely blamed on the Covid-19 pandemic, which halted work and temporarily docked cruise ships for the last two years. However, it cannot be said that the cruise operator was in the best financial health prior to the pandemic. It has been loss-making since the financial year ended Dec 31, 2016 (FY2016).

Needless to say, the situation only got worse during the pandemic. According to its FY2020 annual report, the company’s cash and cash equivalents amounted to just US$217 million against its US$3.38 billion debt. Its gearing reached 114.5%.

In August 2020, Genting HK issued a profit guidance, warning investors of a “significantly higher” net loss for 1HFY2020 compared with the previous corresponding period, due to the pandemic. Shortly after that, it announced that it was temporarily suspending payments to its creditors to preserve cash and sustain itself as a going concern. Advisers were hired to engage with creditors to restructure the company’s debts.

Despite the massive net loss of US$742.59 million in the first half of 2020, Genting HK was confident of having sufficient capital to meet its financial obligations in the next 12 months should its efforts, such as cost-cutting and raising fresh capital, prove fruitful.

While the disposal resulted in a loss of US$159 million, said the cruise operator, it would free up some liquidity and the sales proceeds would be used for general working capital to fund its cruise-related and other operations.

Meanwhile, Darting Investment Holdings Ltd, which is a minority shareholder of Dream Cruises Holding Ltd — an indirect non-wholly-owned subsidiary of Genting HK — also aided the company through new subscription of shares in Dream Cruises that raised US$59 million cash and set off US$247.93 million in intercompany loans in April 2021.

In June 2021, Genting HK announced that it had finalised a restructuring deal with its creditors and stakeholders. Its restructuring exercise included the financial aid provided by the German authorities plus other loan facilities there.

That offered a ray of hope that the cruise operator would be out of choppy waters. Unfortunately, the loan facility did not come easily. Genting HK now has to fight with the German authorities in court.

Realistically, time may not be on Lim’s side. Will the company prevail against the German authorities? The court’s verdict on Jan 17 would have far-reaching implications on the cruise ship operator.