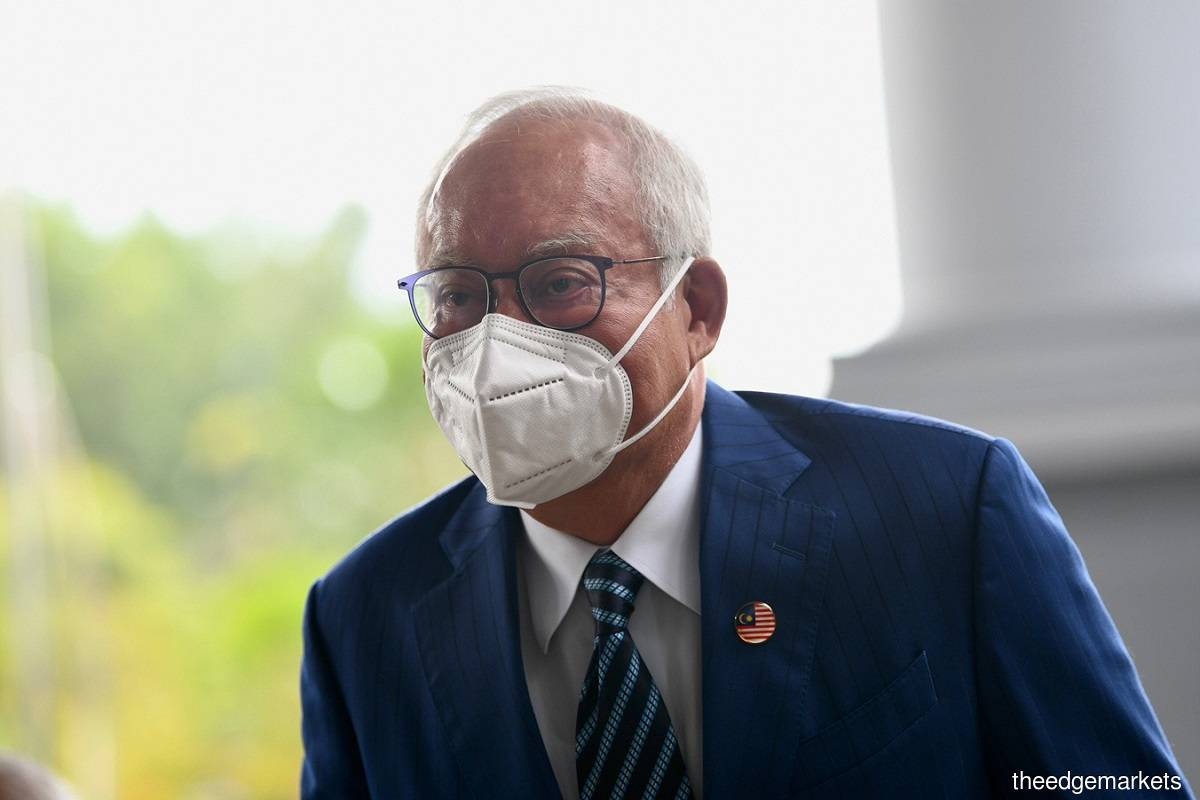 KUALA LUMPUR (Dec 7): The High Court has rescheduled former premier Datuk Seri Najib Razak's application to stay the civil lawsuit filed against him and six others by SRC International Sdn Bhd to Jan 25.

The court vacated the previously scheduled hearing date of Dec 3 after a public holiday was declared for that day in Kuala Lumpur. The new date was fixed during case management before deputy registrar Suriani Ujang on Tuesday (Dec 7).

The hearing will be held before Justice Datuk Ahmad Fairuz Zainol Abidin.

The court also decided that Najib's application for an extension of time to file his defence will be heard together with the stay application.

This was confirmed by SRC's lawyers from Messrs Rosli Dahlan Saravana Partnership when contacted by The Edge.

Najib wants a stay of the suit, pending the finality of the criminal case in which he was sentenced to 12 years' jail and fined RM210 million after the High Court found him guilty of abuse of power, criminal breach of trust and money laundering with regard to SRC's funds.

The decision on his appeal in the Court of Appeal is set to be delivered on Wednesday (Dec 8). If the appeal is dismissed, the former premier can appeal further to the Federal Court.

SRC had previously dropped Shahrol and Ismee as defendants. However, Azhar, in his defence and counterclaim, brought them back as third party notices, should the suit be successful on the rest of them.

SRC has also accused Najib and the other defendants of abuse of power, dishonesty, and misappropriation of SRC funds, and acting with the knowledge or probability of harming the company.

SRC is seeking a declaration from the court that the defendants are liable to account for the company's losses due to their fraudulent breach of duties and trust.

It is also seeking an order that they pay the US$1.18 billion in losses it suffered, and damages for breach of duties and trust.