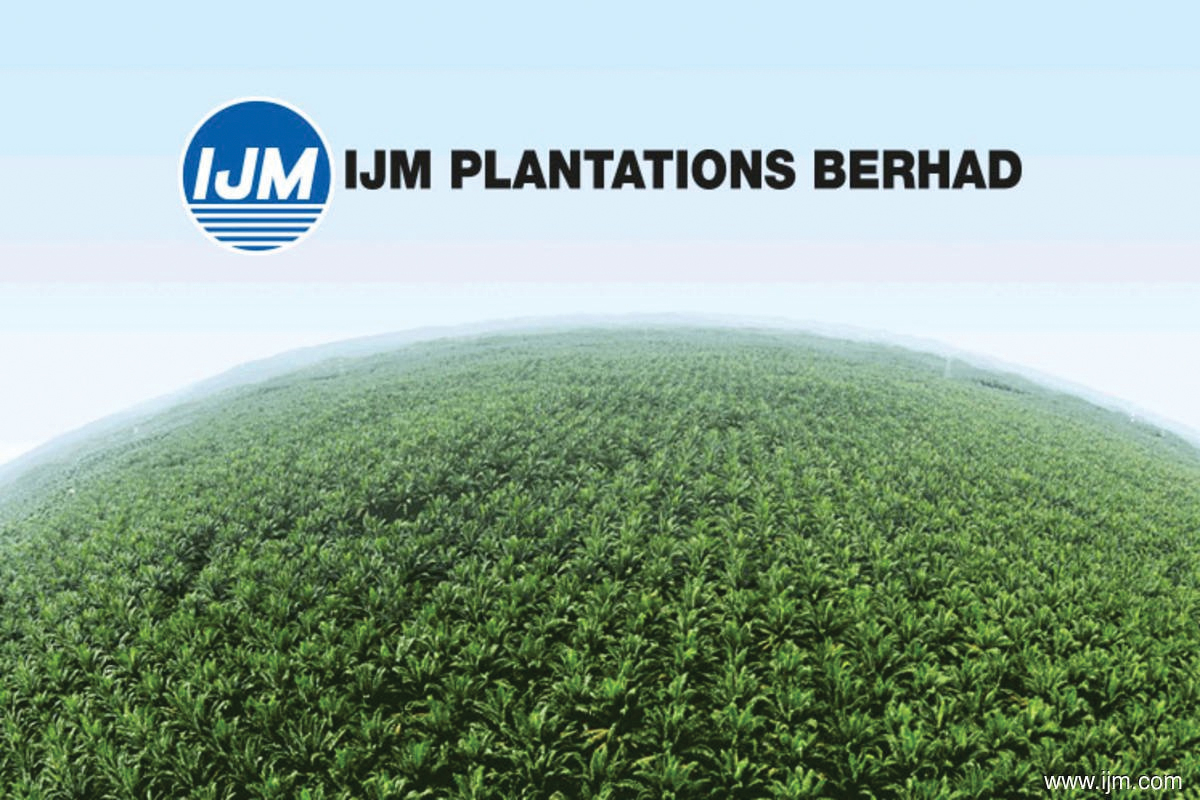 IJM Corp Bhd has agreed to sell its entire 56.2% stake in subsidiary IJM Plantations Bhd (IJMP) to Kuala Lumpur Kepong Bhd (KLK) for RM1.5 billion cash, or RM3.10 per share, which is expected to give the group a disposal gain of RM700 million, IJM said in a statement last Friday.

On completion of the transaction — which is still subject to approval of shareholders and lenders at an extraordinary general meeting to be convened at a date that has yet to be determined — IJMP will cease to be IJM’s subsidiary, but the latter will continue to be entitled to the dividend of 10 sen per share in July that was declared by IJMP.

IJM believes the proposed disposal is in the best interest of the group, given the attractive offer price and the maturity of the plantation business, which it currently has no plans to expand further. “The recent strong CPO (crude palm oil) price environment and good showing by plantation companies have presented an opportune window for IJM to dispose of its plantation business at an acceptable price,” says Liew Hau Seng, IJM’s CEO-cum-managing director.

The proposed disposal allows IJM to realise its investment in IJMP, which has been underappreciated by the market, owing partly to the non-liquidity of the stock, IJM says.

“The proposed disposal will also enable the group to streamline its businesses to focus on construction, property development, infrastructure concessions and the manufacturing of building materials, all of which derive synergistic benefits with one another, thereby reducing the conglomerate discount currently ascribed to IJM’s market valuation,” the group says.

“Going forward, the absence of the plantation business is also expected to reduce the group’s earnings volatility from fluctuating CPO prices and foreign exchange rates arising from the foreign currency-denominated borrowings of IJMP,” it adds.

Net proceeds from the proposed disposal would strengthen IJM’s balance sheet and see its net gearing decrease from 44% to 21.6%. “This would enable the group to pursue new opportunities that may arise, fund existing working capital or capital expenditure requirements and reward shareholders by way of a special dividend or pursue share buyback activities. IJM has, in the past, declared special dividends when it successfully monetised its assets,” IJM says.

For its financial year ended March 31 2021, IJMP registered its highest-ever revenue of RM935.69 million and profit of RM205.08 million since its inception in 1985. IJMP has a planted area of 25,014ha in Sabah and 36,263ha in Indonesia, with the average age profile of its trees standing at 14 years and eight years in the respective locations.

IJM and KLK will enter into a share sale and purchase agreement for the transaction. On execution of the agreement, KLK will be obliged to extend a mandatory general offer (MGO) for the remaining IJMP shares it does not own.

KLK said last Friday that it intends to maintain the listing status of IJMP unless it receives valid acceptances pursuant to the proposed MGO and/or acquires further shares resulting in its holding a stake of at least 90% in IJMP and/or if the latter fails to meet the 25% free float.