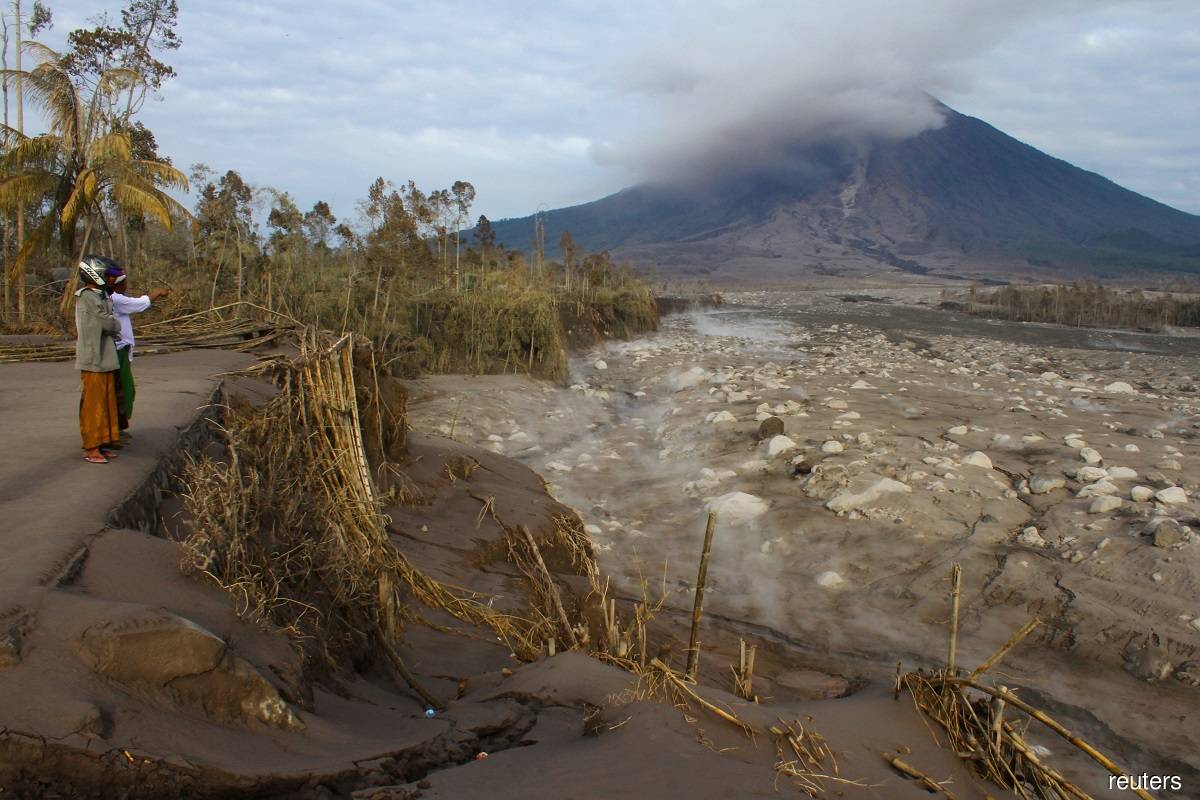 JAKARTA (Dec 7): Indonesian President Joko Widodo promised on Tuesday to bolster evacuation efforts and repair damaged homes after visiting the site of a volcanic eruption on Java that has killed at least 34 people.

The 3,676-metre Mount Semeru volcano erupted on Saturday, sending a cloud of ash into the sky and dangerous pyroclastic flows into villages below.

Thousands of people have been displaced and 22 remain missing, according to the disaster mitigation agency.

After visiting evacuation centres and surveying the area by helicopter — getting an aerial view of villages submerged in molten ash — the president said recovery efforts would be bolstered now and in the months ahead.

"I came to the site to ensure that we have the forces to locate the victims," said the president, speaking from Sumberwuluh, one of the worst-hit areas.

"We hope that after everything has subsided, that everything can start — fixing infrastructure or even relocating those from the places we predict are too dangerous to return to."

At least 2,000 homes would need to be relocated to safer areas, he said.

Search-and-rescue efforts continued on Tuesday but have been hampered by wind and rain, and limited equipment in some areas.

Mount Semeru erupted three times on Tuesday. Indonesia's Center for Volcanology and Geological Hazard Mitigation said on Monday there was potential for further flows of hot gas, ash, and rocks.

Mount Semeru is one of more than 100 active volcanoes in Indonesia, in an area of high seismic activity atop multiple tectonic plates known as the "Pacific Ring of Fire".