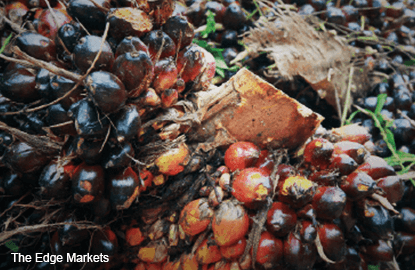 "Production is expected to remain healthy in September, although the worsening haze situation in the country could negatively affect productivity at the estates. We expect slight improvement in exports as the sharp fall in the ringgit against the US dollar makes Malaysian palm oil exports more competitive.

Today, the ringgit weakened to 4.3138 against the US dollar. The current rate compares to 3.1890 a year earlier.

Today, TA Securities Holdings Bhd said it projected CPO to trade within the RM1,900 to RM2,100 range in the immediate term.