My Say: A false duality 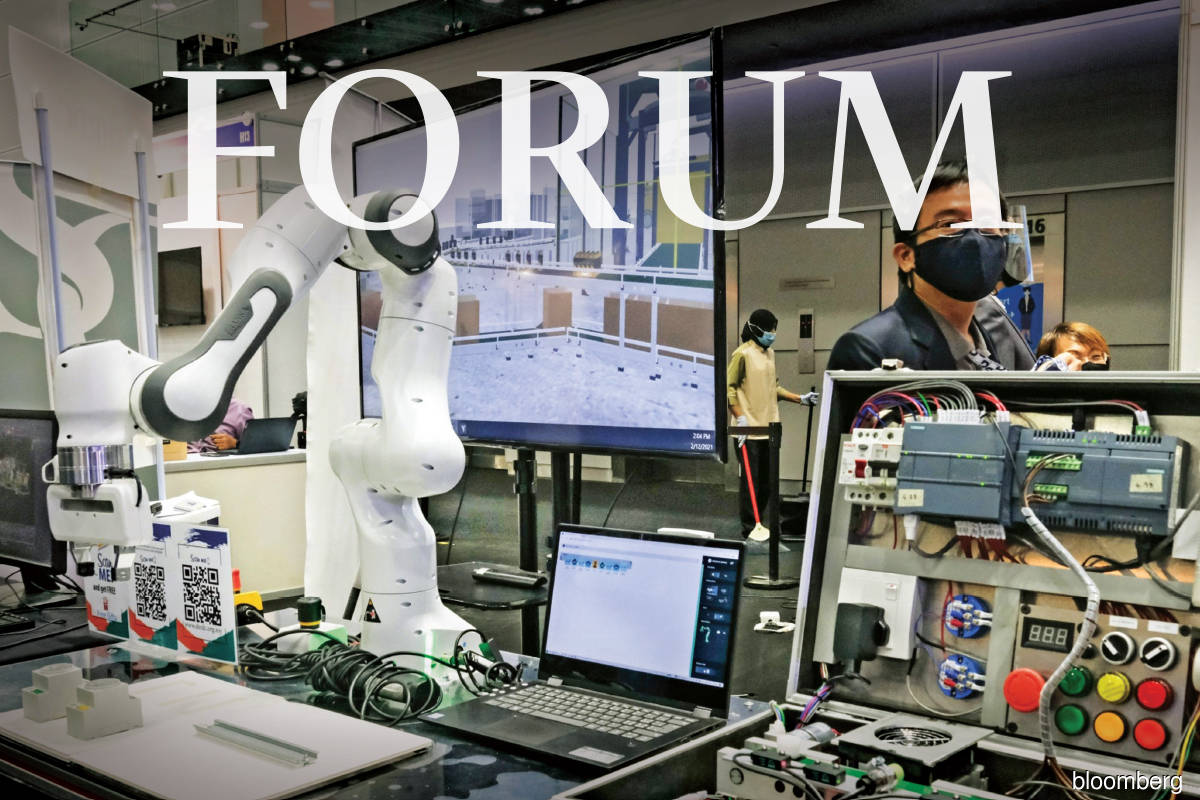 A robotics stand at the launch of a platform for government training and skills development programmes… The bumiputeras have to realise that the so-called bumiputera agenda being sold to them has become ineffective. It made a difference at the beginning, but it has not for a while now.

When the 12th Malaysia Plan was launched, the claim of a “Malaysian Family” notwithstanding, there was a specific focus on the bumiputera agenda. Since the introduction of the New Economic Policy in 1971, subsequent administrations have had to show their bumiputera credentials by offering their interpretation of the bumiputera agenda which, over time, has deteriorated to pandering to their fears instead of shaping and fulfilling their hopes.

For the current government, there has been a return to the emphasis on equity ownership and the baffling announcement that there will be a closed bumiputera equity market — where owners of bumiputera equity can only sell to another bumiputera — all in the name of attaining the 30% quota supposedly defined over 50 years ago.

So, I looked not at the bumiputera equity ownership in public markets — which has been a bone of contention — but at how a closed bumiputera equity market would look like. I looked at the Amanah Saham Bumiputera, which started as Amanah Saham Nasional that was introduced back in 1981. It is a restricted fund and only bumiputeras can buy into it. The principal-protected fund has yielded very good dividends over the years.

The ASN/ASB is the most bumiputera of funds, and a well-managed fund it has been. It is the means for bumiputeras to participate in the equity market, especially those without the means to participate directly in it. Permodalan Nasional Bhd itself is that rare entity that started as a bumiputera institution but has evolved into a more national institution as it opened up some of its funds to non-bumiputera participation. The ASB numbers can be taken as a barometer of sorts. I take these numbers as representing the outcome of the other bumiputera policies implemented over the last five decades, from education to the use of government procurement and non-procurement tools such as permits, quotas and licences to develop bumiputera businesses. How have these policy instruments affected the means with which they can participate in ASB?

The skewness and inequality are glaring and they tell a very clear story. Less than 10% of unitholders control more than 80% of the total value of the fund, and the bottom 80% own less than 5% of its total value.

If the distribution is taken as the ability to participate in the fund, and we are mindful that it is voluntary, then these numbers paint a picture of great inequality. Only a small proportion of the bumiputera community is able to participate at a meaningful level: the 10% whose participation level is more than RM50,000. And even then, there is great disparity in this group as only a tiny fraction of them own more than RM500,000. The great majority of those with an ASB account, more than three quarters of them, have less than RM5,000. If investing in a fund is a residual activity, this shows that the large majority of bumiputera households do not have high enough income levels to benefit from this scheme.

If a comparison is made with the Employees Provident Fund’s holdings, which belong to 7,626,262 members and had a fund size of RM675,923,915,512 at end-2019, before the pandemic and withdrawals, the figures are revealing. Following ASB’s classification for comparability, we obtain: It is a highly skewed distribution as well, but less so than the ASB distribution. The EPF distribution is a flatter one but makes the point of low wages very clearly. Of course, EPF numbers were obtained from employment where deductions are mandatory, but the differences are quite telling, although the skewness in both distributions is a common feature shared by both ASB and EPF. Obviously, the various bumiputera policy interventions have not been generally effective. The use of instruments from education to distributions of rents via permits, quotas, licences and government procurement, among others, have not produced the outcome of a sizeable middle class or a better outcome than the national outcome.

What is also evident is that those who received a good enough education and are employed in properly compensated jobs — I include myself in that group — have benefitted from both the opportunities provided by ASB and the retirement safety net of EPF. This just confirms that it is income, and since over 60% of household income are from wages, it is employability and the compensation one receives in the workplace that are the more important policy considerations.

This begs the question: Why continue to expend political capital to focus on the question of bumiputera equity ownership when that issue is irrelevant to the majority of bumiputeras? The more pressing problem for bumiputeras, in fact for the whole country, is that the economy has not been able to create the kinds of jobs that pay high enough wages.

The issue is also that the growth trajectory of the economy is waning. Why are there not more Malaysian companies that are competitive outside of the country to secure higher margins and therefore able to pay higher wages? Maybe is it a supply issue — the quality of human capital and the process that prepares them? Or is it a business environment issue? Is it a cost of doing business issue? Is it the issue of confidence in public institutions? Why is intergenerational upward mobility stalling? While there are so many issues to address the low growth and low income problem, none of them are related to achieving a set percentage of bumiputera ownership of public equities.

Since bumiputeras make up two-thirds of the population, the inequality and the lack of a sizeable middle class among them are actually national phenomena, as indeed the EPF distribution suggests. These numbers show that the “special treatment” the bumiputeras received during the last five decades did not differentiate them from the general population in terms of income distribution outcome.

The bumiputera agenda type policy that discriminates against non-bumiputeras, or at least favours bumiputeras, not only have not had its desired outcome, but also generated high overall negative externalities. Nobody objects to helping those who need help the most, regardless of who they are, but the emphasis of the policy that favours and benefits the few has created all kinds of ill-will and negative sentiments that can also create similar discriminations against bumiputeras outside of the public sector. Not only is this type of policy ineffective, it is also disharmonious and undermines national unity.

Public policy should focus on solving problems of unemployment and under-employment, low wages, decreased intergenerational upward mobility and skewed income and wealth distribution as national problems. Nationalise the bumiputera agenda and nationalise national institutions to solve these problems. It will have a higher likelihood of success and is the best approach to solving the real problems of the majority of bumiputeras.

The bumiputeras have to realise that the so-called bumiputera agenda being sold to them has become ineffective. It made a difference at the beginning, but it has not for a while now. The best performing bumiputera institution, PNB, and the means it offers to bumiputeras to participate in the economy via equity participation, ASB, clearly shows that there is a serious income distribution problem. Only a small proportion of bumiputeras have benefitted from such policies.

The obsession with “bumiputera-policy tools” such as equity ownership and the use of policy tools such as government procurements have overshadowed the real policy tools that would have contributed to a better outcome for everyone. Policy emphasis should be developmental — to have excellent public institutions in order to generate the right levels of human capital and engender the formation of the right kinds of social capital in creating an environment that is conducive to the formation of Malaysian firms that are competitive and pay higher wages. This will raise the water level that will raise all boats.

Politicians on all sides should be checked on their narrative on this issue. More importantly, the demand side, the electorate, should be educated on the fallacies of such false narratives. The country is facing far too many serious national issues, ones that will determine Malaysia’s future well-being and economic security, to be continually distracted by this bumiputera agenda issue, as if the two are separate and disconnected issues. The political market should rid itself of peddlers of this false duality.

Dr Nungsari A Radhi is an economist