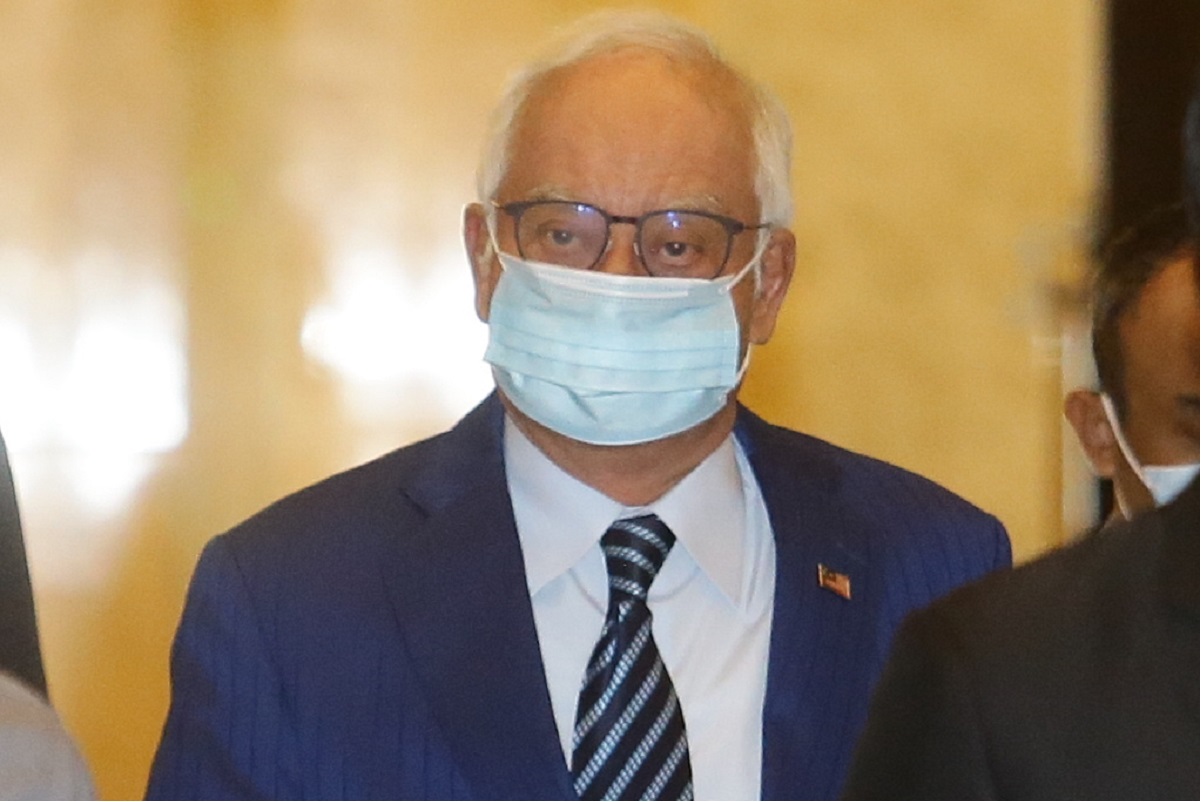 This was confirmed by deputy public prosecutor Ahmad Akram Gharib, who told theedgemarkets.com that the petition of appeal was filed by Najib's lawyers yesterday.

"The next case management date will be on June 1," he said, following case management for the appeal before Court of Appeal senior deputy registrar Mohd Khairi Haron earlier today.

On Feb 15, High Court Judge Justice Mohamed Zaini Mazlan had rejected the application made by Najib to recuse the former federal court judge from leading the prosecution team in the 1MDB audit tampering trial.

In his judgement, Justice Mohamed Zaini said Najib's claim that Sri Ram was biased against him was "without basis and misplaced".

The claim of biasedness stemmed from the "revelation" made by former attorney-general (AG) Tan Sri Mohamed Apandi Ali in June last year, which was later filed as an affidavit in support of the recusal application, that Sri Ram was sent to see him in January 2018 by former prime minister Tun Dr Mahathir Mohamad to persuade him to arrest then prime minister Najib.

The judge also found that there was no evidence to support the applicant's allegation that Sri Ram was involved in initial investigations into making the case against Najib and, as such, the accusation remained "purely hypothetical".

It is worth noting that Najib had already made numerous attempts to remove Sri Ram as the lead prosecutor in all the trials involving him but to no avail.

His application was first dismissed by High Court Judge Justice Collin Lawrence Sequerah, who is now presiding over the 1MDB-Tanore trial, and the decision was upheld by both the Court of Appeal and the Federal Court.

The decision is currently being appealed against in the Court of Appeal.

In the 1MDB audit tampering trial, Najib was charged with abusing his power as the prime minister and finance minister, for allegedly ordering changes made to the 1MDB audit report prepared by the National Audit Department before it was finalised and tabled to the parliament's Public Accounts Committee, so as to avoid any civil action or criminal prosecution against him.

The charge was filed under Section 23(1) of the Malaysian Anti-Corruption Commission (MACC) Act 2009. If convicted, he can be fined at least RM10,000 or five times the amount of gratification involved, and jailed up to 20 years.

Former 1MDB president Arul Kanda Kandasamy, meanwhile, has been charged with abetting Najib under Section 28(1) of the same Act, an offence that carries the same punishment if found guilty.