Not appropriate to hold GE15 next year, says Ahmad Zahid 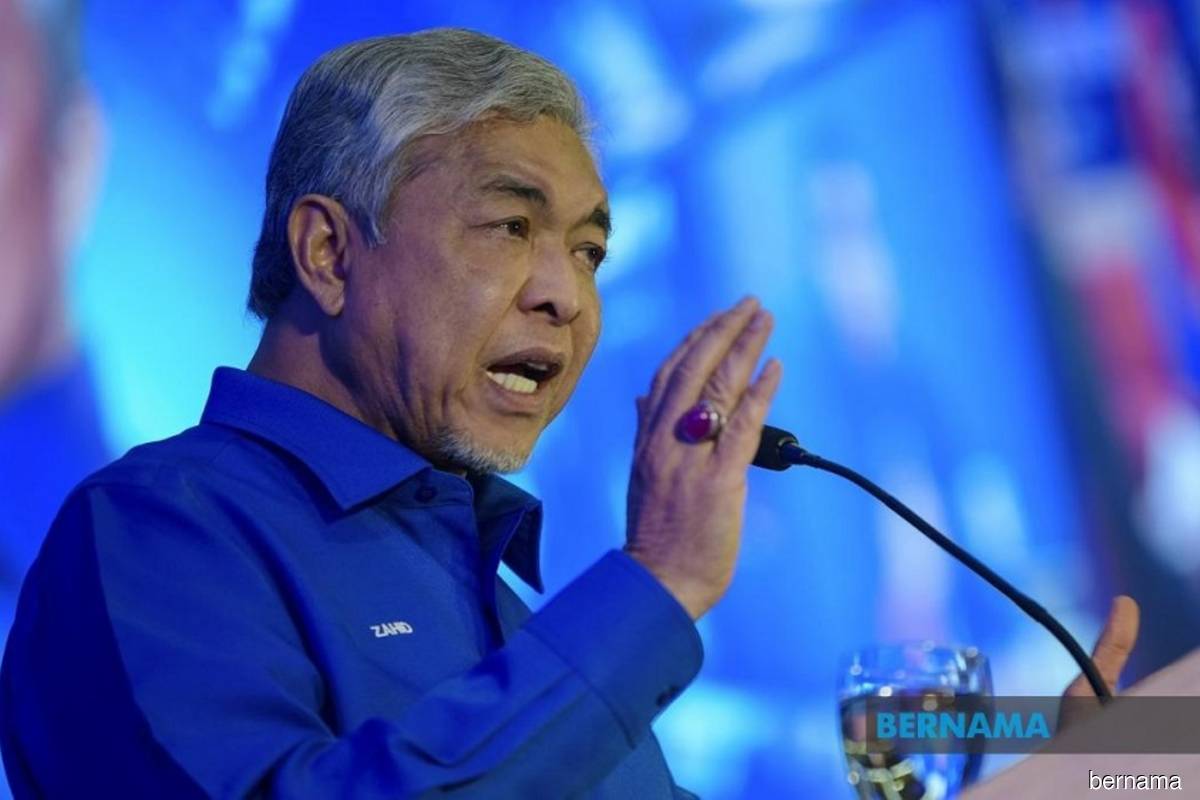 “I am confident that it will be held this year because there are many indicators pointing in that direction, I think it is most suitable for us to hold it (GE15) this year," he said when met by reporters after officiating at the closing of Wanita BN Convention at the World Trade Centre (WTC) here on Sunday (Aug 14).

He said BN has begun preparation for GE15 at all levels with plans to compete with the underdog spirit, to ensure that the party machinery would do their best to gain voter support.

"We must strive for more than what we had achieved before. We will work to be dominant in (GE15) this time, even though we are the underdog being attacked from various sides," he said.

Meanwhile, Ahmad Zahid in his speech, said BN must be quick to fight the opposition over accusations, especially on social media relating to issues such as the littoral combat ships (LCS), to stop them from "killing" BN.

He said the BN machinery cannot wait until the campaign period starts to answer the issue.

"The role of the Wanita BN, Youth, Puteri and BN Comms’ social media platforms is to respond immediately to all issues that are raised. Don't wait. We need to anticipate," he said.

In the meantime, Ahmad Zahid said the party leadership is prepared to take up the resolutions presented by Wanita BN Chairperson Datuk Seri Dr Noraini Ahmad at the convention on Sunday, as BN's manifesto for GE15.

The resolutions include the establishment of a university and bank especially for women, the option and flexibility to work from home be given to women with children up to two years old, and to amend Article 14(1)(b) of the Federal Constitution in relation to the citizenship of children whose mother is a citizen and father, a foreigner.