Report: RM300m paid for US-made helicopters that were never delivered 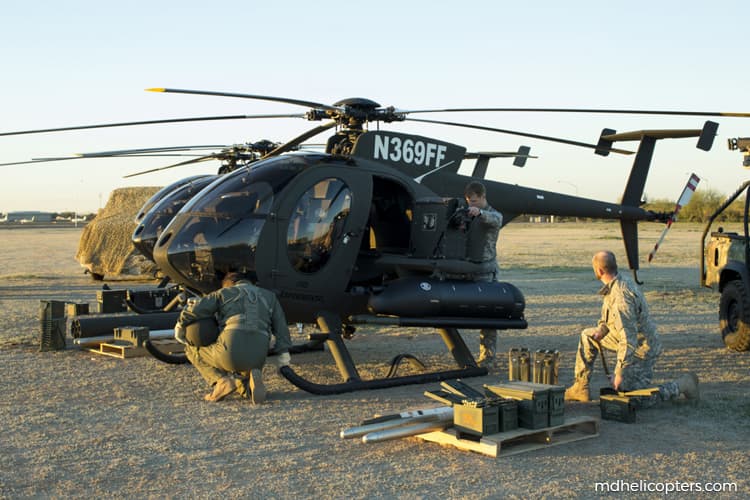 KUALA LUMPUR (May 20): RM300 million was paid for helicopters that were never delivered to the Royal Malaysian Army, a source close to investigations into allegations of corruption and mismanagement in the purchase of defence assets was reported as saying.

Then headed by Hishammuddin Hussein, the defence ministry had ordered the helicopters following a demonstration at the 2015 Langkawi International Maritime and Aerospace (Lima) exhibition.

The helicopters are also known as “Little Birds”.

The publication reports that a local company -the appointed agent in Malaysia for MD Helicopters- has strong ties to “a very senior” Mindef official and made a proposal to Mindef to acquire the six MD530G.

This proposal was submitted to former prime minister and finance minister Najib Razak for approval.

The acquisition was given the green light through direct negotiation, and the deal was exempted from undergoing value management checks.

The terms of the contract, signed in November 2016 stipulated that the helicopters were slated to be delivered in two batches. The second batch was scheduled to arrive last year.

The company was paid 35% of the contract value, amounting to some RM113 million.

“The main issue is that no real due diligence was done with the government,” said the source. Approval had been given about four months after submission of the proposal, the source said.

“The decision-making process for vital military assets would take time so that market research, due diligence, and value management checks could be done.”

However, due to absence of due diligence, Mindef was not aware that the company had previously been terminated as the local agent for MD Helicopters due to failure to meet financial obligations.

“This was very irresponsible because it opened up the government to the risk of financial losses and a failure to obtain the helicopters.”

The Malaysian Air Force had also raised concerns over the ability of the MD530G.

“One complaint was that it did not have a combat-proven record,” a retired air force official was reported as saying to the news portal.

A proposal sent to Hishammuddin in 2015 quoted the price at worth US$60 million, but three months later, the price was inexplicably inflated.

“Just three months later, it submitted another proposal, this time over US$70 million,” the source was quoted as saying.

“In just three months, the price inexplicably went up by over 20%.”

In checks about the company, it was found to have been making financial losses prior to the deal, and the helicopter deal is reportedly its first contrac, and first multi-million ringgit agreement.

“It only owned computers, furniture and office supplies valued at under RM50,000. Mindef could have gone directly to MD Helicopters (the American aerospace manufacturer that produces the helicopters) and saved millions in taxpayers’ money,” said the source.— EdgeProp.my

Click here to visit EdgeProp.my for the latest news on all things property