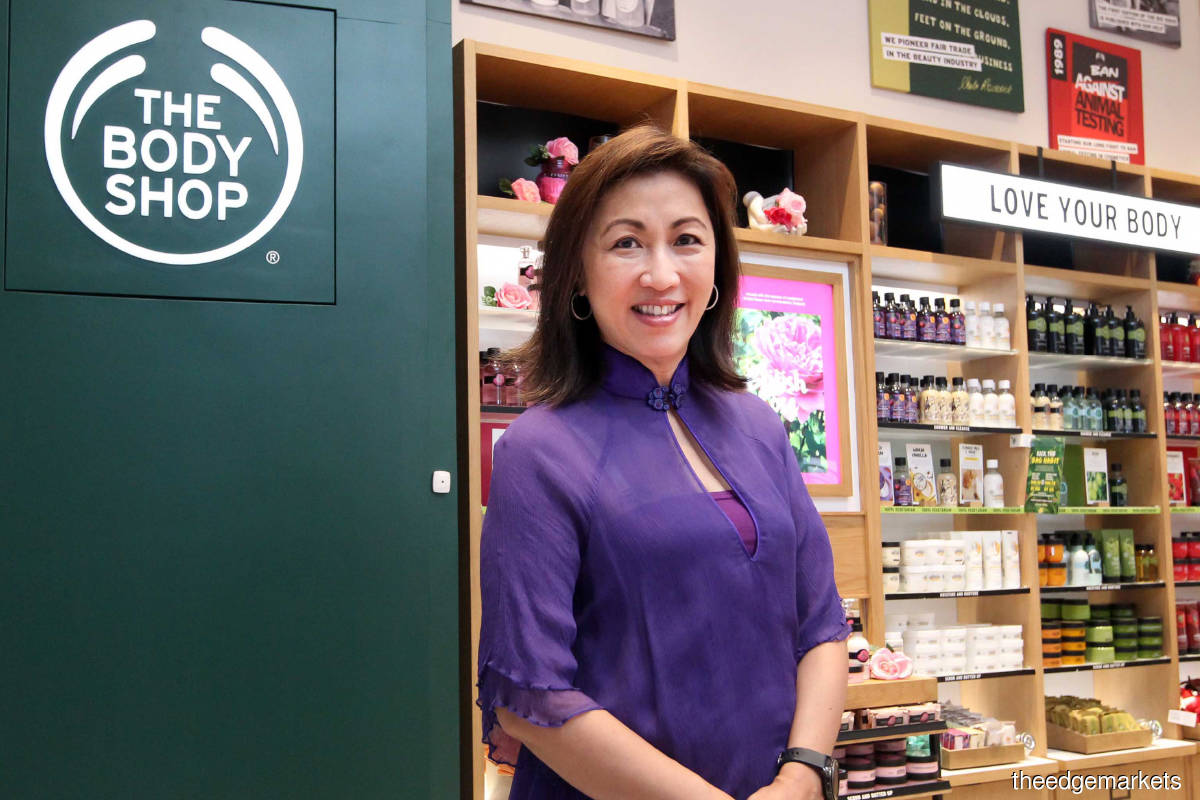 AMID the Covid-19 pandemic, Vietnam has emerged as Asia’s shining star, turning in one of the best economic performances in 2020 even as economies worldwide tumbled into a recession from the onslaught of the novel coronavirus and resultant lockdowns.

Although not unscathed, it did eke out a decent GDP growth of 2.9% last year — a result that the International Monetary Fund’s (IMF) country report pointed out was among the top in the world.

Vietnam’s growth has been largely attributed to its competent handling of Covid-19 infections, with the authorities taking decisive measures to limit the health and economic fallout, the IMF highlights in its report.

“Early and concerted efforts helped ease lockdown restrictions and contain the associated policy support package relative to other countries. Fiscal policy focused on temporary support to firms and vulnerable households, while monetary policy was eased to maintain abundant liquidity in the banking system,” notes the report.

Its economy is expected to recover strongly this year as activity normalises. The IMF has forecast a growth of 6.7% in 2021.

Vietnam is now known as a Southeast Asian country with a young demographic and growing middle-income group as disposable income grows in tandem with the economy — attributes that make it attractive to companies looking to tap into its growing consumer purchasing power.

Are Malaysian companies exposed to the Vietnamese market well positioned to ride the country’s growth? Based on the consumer products and services companies highlighted below, it appears that the majority of these companies are benefiting from Vietnam’s x-factor.

Take InNature Bhd, which carries The Body Shop brand. The group is one of the early movers in the cosmetics and personal care industry in Malaysia to have ventured into Vietnam 11 years ago. Currently, it has 37 stores in the country.

“There are so many aspects of Vietnam that are attractive,” says InNature managing director Datin Mina Cheah-Foong in an email reply to The Edge.

“It is a beneficial recipient of the US-China trade spat, resulting in the country coming out of the shadow of China. It has a large population and a burgeoning middle class. There is also the rise of consumerism in the country, the development of modern retail, e-commerce and the desire among consumers for international brands like The Body Shop.”

In the last five years, InNature’s Vietnam operations have grown steadily, with revenue almost doubling from RM16.54 million in FY2016 to RM31.18 million in FY2020. Even last year, when revenue from its largest market — Malaysia — contracted, its operations in Vietnam continued to expand 5% year on year. In contrast, its Malaysian operations declined by 26% to RM118.78 million. As at FY2020, the Vietnam operations contributed 20% to group revenue.

Cheah-Foong says there are solid reasons to be optimistic about its business in Vietnam. “Our same-store-sales growth is showing a return to positive territory and new stores that opened in 2019 and 2020 are all Ebitda positive as well.

“In the 2020 pandemic year, The Body Shop in Vietnam continued to chart year-on-year growth and we expect this to accelerate in 2021. Our products have proved to be essential consumables that our customers repeatedly purchase, even in an environment of lockdown and budget restrictions.”

The biggest challenge now is about “reach” and bringing The Body Shop brand to every corner of Vietnam when the infrastructure is not available, she says, adding that expansion is constantly on her mind and that good locations that align with The Body Shop’s brand profile are hard to come by.

“Mall development slowed in 2020 and may take some time to revive. E-commerce is rising, but the required supporting infrastructure is not keeping pace — things like payment gateways, distribution centres and drop shipping,” says Cheah-Foong.

“Where possible, we develop the infrastructure ourselves. But with time, the sector will grow organically. In the meantime, we push ahead with what is available to us such as our retail store network, website e-commerce, social media platforms like Instagram and Facebook, the Call and Collect or Click and Collect as well as marketplaces.”

Another company that ventured into Vietnam over a decade ago is Leong Hup International Bhd. The integrated poultry company started its operations there in 2007 and has steadily grown its revenue to more than RM1 billion in recent times.

Leong Hup also operates in other Southeast Asian countries such as Indonesia, Malaysia, Singapore, Myanmar and the Philippines. Vietnam is its third largest contributor to group revenue behind Malaysia and Indonesia. Currently, it has five feed mills in Vietnam and commands about 4% market share.

In FY2020, Leong Hup’s Vietnam operations contributed 26% or RM6.04 billion to group revenue. Revenue from Vietnam grew 16% to RM1.56 billion from RM1.34 billion in the previous year while segment profit increased at a smaller 7% to RM139.52 million.

Boasting an even longer history in Vietnam is consumer staple manufacturer Malayan Flour Mills Bhd (MFM), which has been in the country since 1994. The group has two flour-milling entities there, one in the south and another in the north, which give it the largest flour milling capacity in Vietnam and a market share of more than 25%.

There is no geographical revenue data available yet for FY2020. However, at the group level, revenue fell to RM2.68 billion, down RM893,000 from a year ago, while net profit was down 89% to RM5.4 million.

MFM’s sales for its flour and grains trading segment rose by 2.4%. It also saw an increase in operating profit of 7.4% to RM123.17 million in FY2020, but the gains were offset by the group’s poultry integration segment, which is domestic based and has been seeing losses for three years.

A senior manager at MFM tells The Edge that the flour market in Vietnam has been growing steadily over the last 20 years, with an annual growth rate of 5% to 6%. “As its per capita flour consumption rate is still lower than the rest of the region, coupled with its fast economic growth, continued urbanisation and growing middle class, its flour consumption rate is expected to continue growing in the coming years,” he says.

He adds that flour milling, being an essential food ingredient, has not been affected by the Covid-19 pandemic. Furthermore, wheat flour is used in two important non-food industries that the Vietnam government is heavily promoting — shrimp-feed and wood — which would indicate continuous growth in the coming years.

The timing could not have been better as GDEX managing director and CEO Teong Teck Lean points out that the Vietnam subsidiary continued to see a double-digit revenue expansion amid the pandemic last year. “The Vietnam subsidiary’s revenue grew in the double digits in 2020 despite the pandemic and being mostly traditional in infrastructure. I believe it will continue to grow in the double digits this year as our partner is looking to size up the business and become more digital,” he adds.

GDEX is present in Malaysia, Indonesia and Singapore. Its operations in Vietnam are largely traditional for now, but it is in the process of helping the subsidiary company embark on digital transformation, as has been done for its operations in Malaysia. The pandemic has led to digital initiatives becoming a priority with most staff working remotely, says Teong.

As with nearly all investors in the country, he sees strong growth potential in Vietnam and is looking to establish cross-border integration between the country and Malaysia.

“We notice that even with our Malaysian customers, there are more that are beginning to buy from Vietnam instead of China. I believe Vietnam will one day become a key market,” says Teong, who hopes to see Noi Bai listed on the Vietnamese stock market in the near future.

“In three years, my hope is that the Vietnam business growth can be supported by tapping into the Vietnamese stock market. With the capital tapped from the local market, it is something that can increase shareholder value.”

Not surprisingly, foreign direct investments (FDIs) into Vietnam have boomed. In 2019, the country saw FDI inflows reach US$16.12 billion from US$11.8 billion in 2015.

However, Vietnam’s property market did suffer last year. According to CBRE’s 2020 review and 2021 outlook for key trends in Ho Chi Minh City, the office market went through a period of stagnation.

Meanwhile, the condominium segment saw a significant drop in new launches due to the slow licensing process and the rescheduling of new launches because of Covid-19, CBRE reports.

Malaysian developer Gamuda Bhd has been in Vietnam since 2007 with its first international development called Gamuda City, a 1,235-acre mega lifestyle city in Hanoi. It subsequently added 200-acre Celadon City in Ho Chi Minh City to its portfolio.

Meanwhile, S P Setia Bhd, which has also set foot in Vietnam, sees the country as a high growth market in the region. In its 2020 annual report, the property developer noted that real estate prices continued to rise, although at a slower pace following the pandemic. It added that confidence was quickly restored, thanks to real owner-occupier demand.

“The property market is expected to remain fundamentally strong with improving infrastructure and increasing foreign investments serving as plus factors,” it said.

In terms of contribution, Vietnam makes up a small part of S P Setia’s revenue, amounting to less than 1% of the total group revenue.

Construction outfit and property developer Ireka Corp Bhd made its maiden foray into Vietnam in 2010 after securing the construction contract for the City International Hospital in Ho Chi Minh City, which was completed in 2013. Its assets in Vietnam include Aseana Properties Ltd, which is listed in London. It also owns an associate stake of 23% in Aseana Properties.

Like S P Setia, the revenue from Ireka’s Vietnam operations contributes less than 1% to group revenue.

But as the country’s economy takes off, it will be interesting to see how much further these companies can grow their business in the years to come.