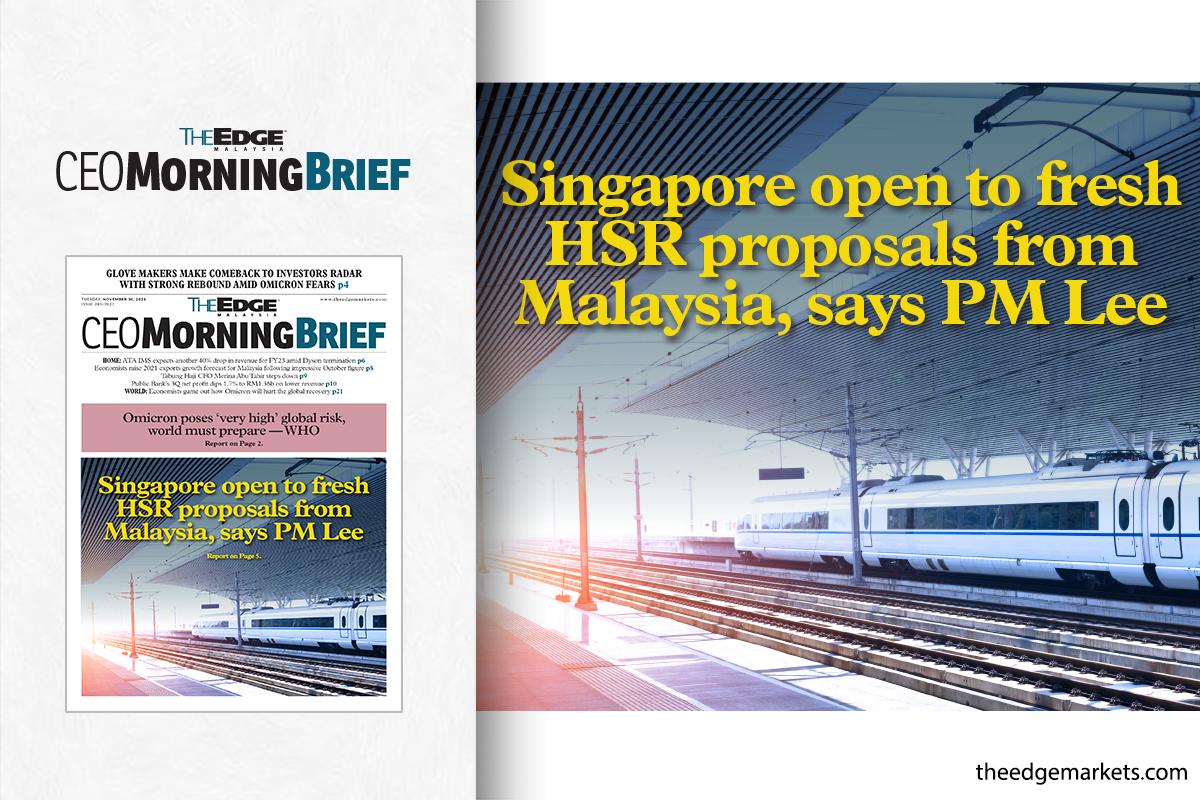 Lee said the transport ministries of both countries will discuss the matter and Singapore looks forward to receiving more details from Malaysia.

“Prime Minister [Datuk Seri Ismail Sabri Yaakob] has suggested the revival of discussions on the HSR, and I responded to the PM that Singapore and Malaysia previously reached an agreement to terminally terminate the HSR project, and this was amicably settled and closed.

“Nevertheless, Singapore is open to fresh proposals from Malaysia on the HSR project, and the two ministries of transport will discuss the matter. Singapore looks forward to receiving more details from Malaysia, so that we can study them and consider the matter again — starting from a clean slate,” Lee said.

He was speaking at a joint press conference with Ismail Sabri on Monday (Nov 29), which was streamed live via his official Facebook page.

The joint press conference was held in conjunction with the launch of the land vaccinated travel lane in Singapore.

On Jan 1, Malaysia and Singapore jointly announced the termination of the HSR project as both countries failed to reach an agreement on changes proposed by Malaysia before the project agreement lapsed on Dec 31, 2020.

In March this year, Malaysia announced that it had paid S$102.8 million (about RM318.45 million) to Singapore for costs incurred for the development of the HSR project and in relation to the extension of its suspension.

Meanwhile, on the Johor Baru-Singapore Rapid Transit System (RTS) Link project, Lee said the construction of the project is ongoing, and both countries look forward to the system commencing its passenger services by end-2026.

The RTS Link is a 4km cross-border rail project that links the Singapore terminus at the Woodlands North Station to the Malaysia terminus in Bukit Chagar, Johor Baru.

It will support a peak capacity of 10,000 passengers per hour in each direction.

Meanwhile, Ismail Sabri later told reporters in Singapore that discussions on reviving the HSR project will be carried out by the two transport ministries and that the new proposal will be brought to the Cabinet.

“This is still in a very preliminary stage. We will study in detail. As the previous agreement was terminated, if we were to revisit the project, it would require a new agreement,” he said.