Streetscapes: Good demand and occupancy in quieter commercial side of OUG 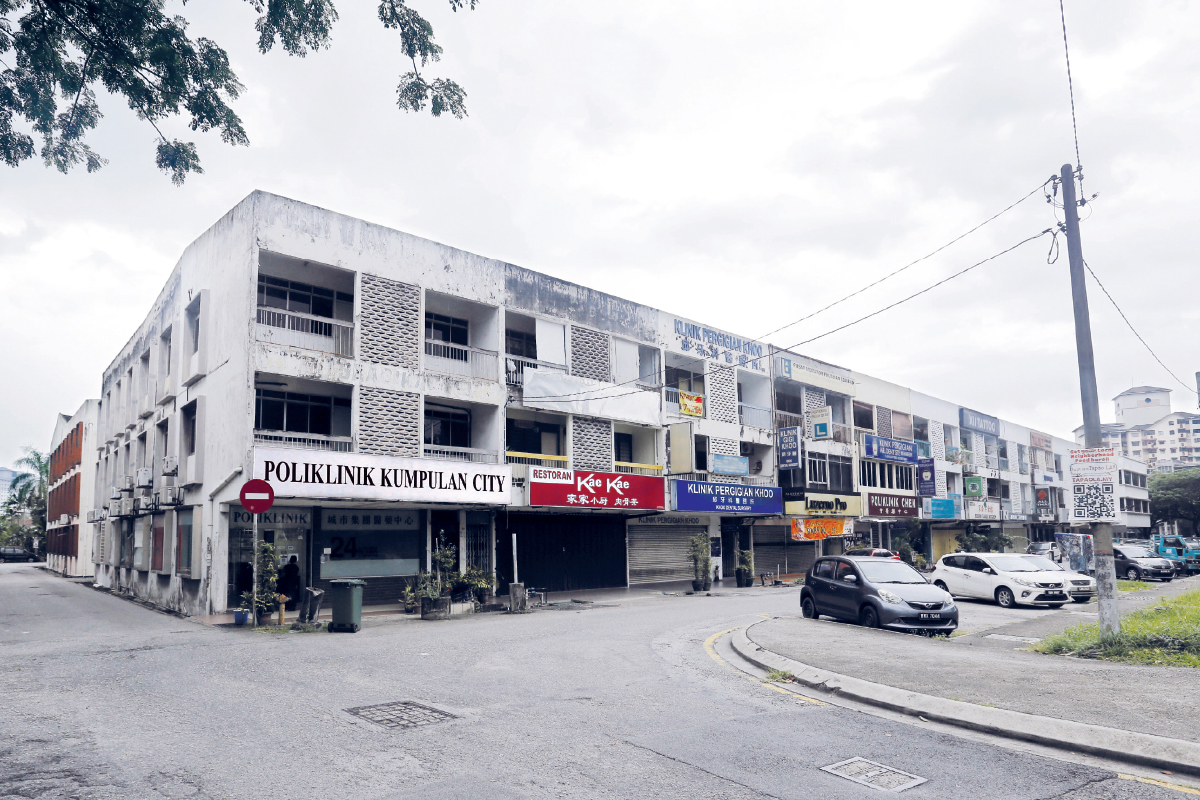 The prices of shopoffices at Jalan Awan Hijau have been trending upwards largely due to the limited supply and units available for sale, says Chan (Photos by Zahid Izzani/The Edge)

According to Chan, the commercial area’s growth is also being driven by the increasing population and developments along Old Klang Road or Jalan Klang Lama.

“The commercial area forms part of the OUG or Taman Overseas Union development — one of the earliest developments in the Klang Valley, which was spurred by its close proximity to Jalan Klang Lama, the key access road in the 1970s,” he says.

Along Jalan Awan Hijau, one can find quite a number of clinics, several restaurants and F&B outlets such as MyBurgerLab, Kae Kae, March Azalea Kitchen, Bidor Veggie Kitchen, All Thai Restaurant and Jing-Si Books & Café, car workshops, a Nissan showroom, offices and a motorcycle parts store called Honlid Motor Parts. At the other side of the road are more car workshops and offices.

There is also a Shell petrol station and several restaurants such as Restoran Seafood 88, Restoran LFF Seafood and Restoran Klasik Hijau around the corner. “Generally, the prices of shopoffices at Jalan Awan Hijau have been trending upwards largely due to the limited supply and units available for sale,” he says.

As for the residential landscape in the area, the two-storey terraced houses have been transacted at between RM750,000 and RM900,000, he notes.