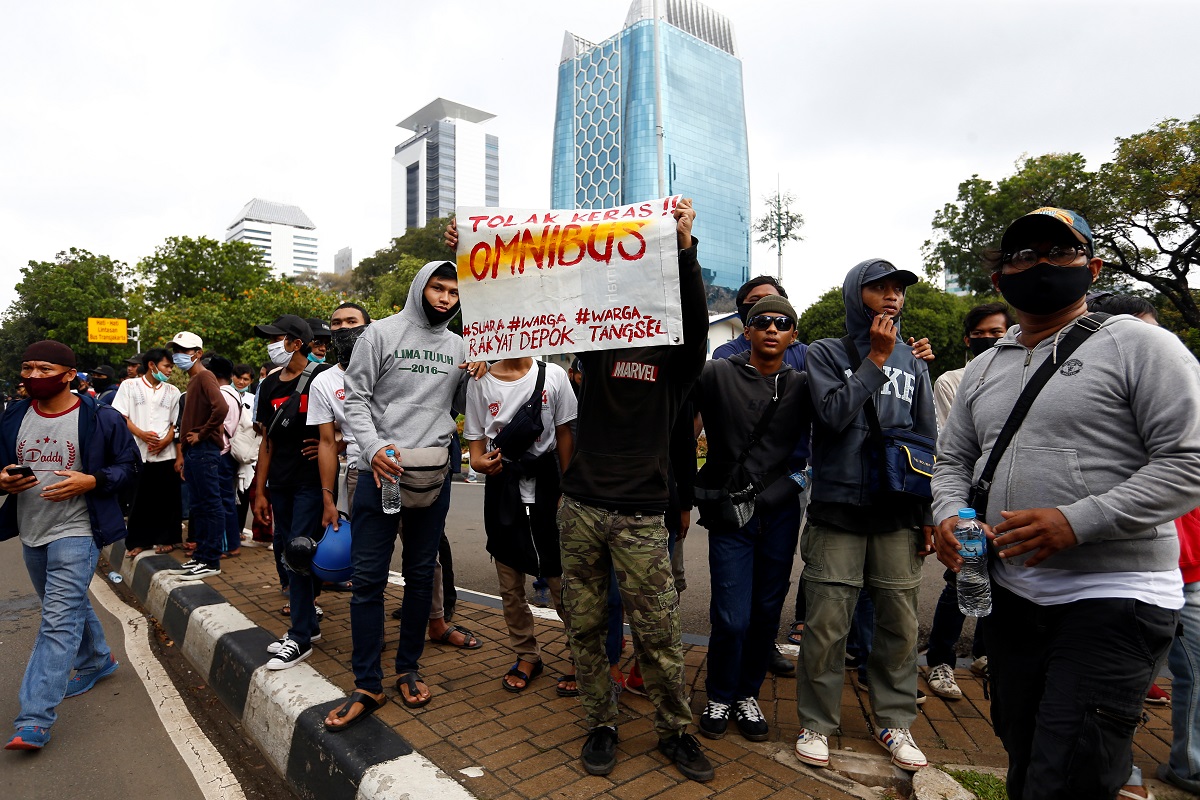 JAKARTA (Oct 20): Several thousand students and workers protested in Indonesia's capital Jakarta on Tuesday against President Joko Widodo's new jobs law, the latest in a series of rallies opposing legislation that the government says is needed to attract investment.

"Our main problem here is that the bill does not accommodate what the people want," Remy Hastian, a student from the State University of Jakarta, told Reuters at the rally.

It was the latest in a series of protests that have erupted across the archipelago in recent weeks, some of which have ended in sporadic violence and thousands of arrests.

"When I graduate, there won't be a job for me," said Sigit Ari Sandi, a student from Bogor, who singled out measures aimed at loosening rules on minimum wages. Tuesday’s protest, which was joined by labour groups, marked one year since Jokowi was inaugurated for a second term in office.

He comfortably won the re-election last year but in an opinion poll released by Kompas newspaper on Tuesday, 46.3% of respondents said they were dissatisfied with the first year of his second term, while 39.7% said they were satisfied. On Tuesday, Jokowi is meeting Japanese Prime Minister Yoshihide Suga, who is visiting Southeast Asia's largest economy for talks that will cover security and are likely to include investment.

The flagship jobs legislation, a revision of more than 70 existing laws that were passed on Oct 5, is designed to remove longstanding impediments to doing business by cutting red tape, easing restrictions on foreign investment and boosting labour market competitiveness. The government says it will lead to widespread employment generation.