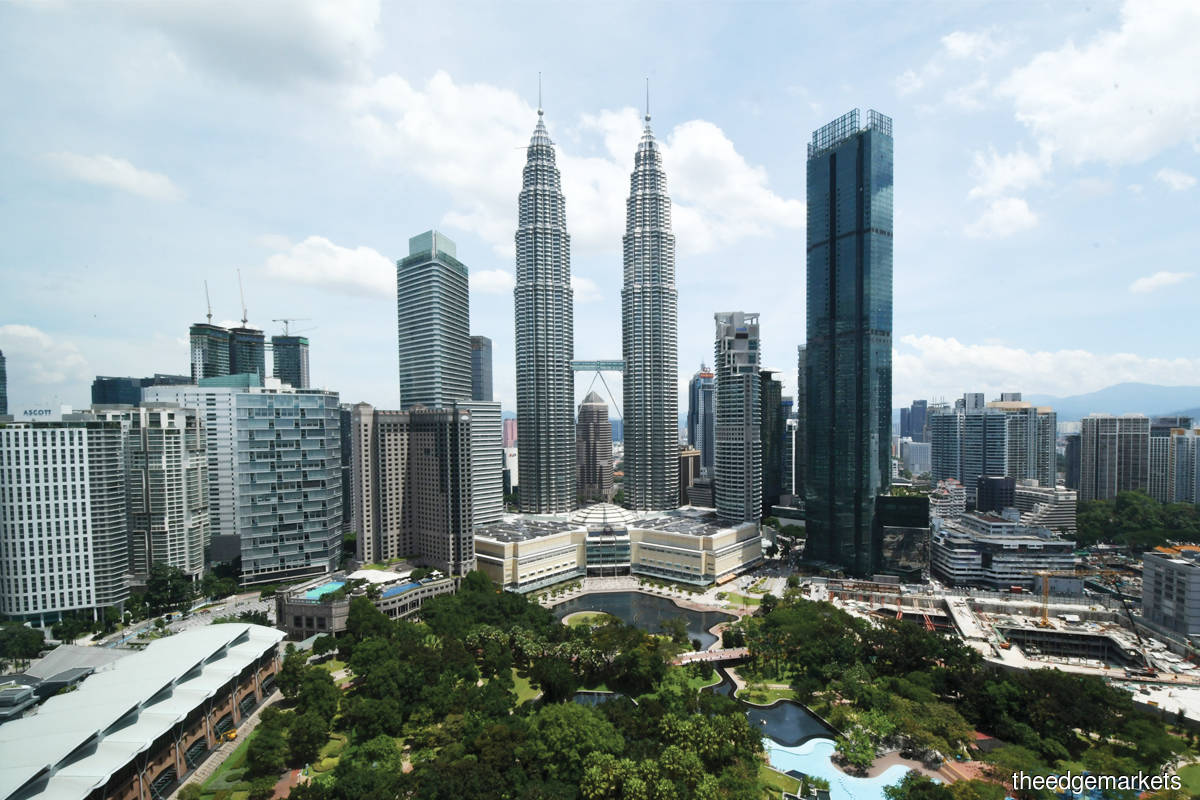 EVEN as the overall property market in Malaysia remains sluggish, prime land and assets in Kuala Lumpur are selling like hot cakes — well, at least in the virtual realm. Investors are buying “land” and “buildings” like Suria KLCC, The Pavilion Mall, The Exchange 106, Merdeka 118 and the Bukit Jalil Stadium, as well as the surrounding parcels of land, in the hope that these assets will have utility in the future and like tangible property assets, will one day appreciate in value.

One such investor is Leo Tan, who is in the property and construction industry. Last week,  Tan, who uses the name Cryptorigs on these platforms, purchased the Tun Razak Exchange land — minus the skyscraper — from a platform called Next Earth. “I bought the TRX land, but I was not able to buy The Exchange 106 or the land it sits on as someone else had already purchased it,” Tan tells The Edge.

“Being in the property development and construction industry, I always had the dream of owning prime plots of land in Kuala Lumpur. I chose the TRX parcel for sentimental reasons. Construction jobs I secured for projects within TRX provided the big break I needed for my then new bored piling business,” he explained.

The Exchange 106 has been purchased by someone who goes by the name of “ironman” and Tan hopes he will eventually be able to buy ironman’s plot.

Next Earth describes itself as a blockchain-based metaverse community where you can buy and sell land parcels on a virtual Earth. Tan, who describes NFTs, or non-fungible tokens, as a new asset class, purchased his parcel for US$115. “I missed the previous two ‘land sales’ held a few years ago,” he says. This time, he wants to be an early investor. The price of “land” sold previously by two earlier platforms (The Sandbox and Decentraland) — which are not based on a virtual map of the Earth — are today worth many times over, he asserts.

Meanwhile, The White Paper issued by the Next Earth developer reads: “The idea of a truly decentralised virtual world and economy that is based on a copy of the real world has never been attempted. The goal of this project is to create a transparent virtual land platform, governed by a decentralised autonomous organisation (DAO), which allows for the purchasing and trading of virtual land NFTs (non-fungible tokens) without a middleman.”

“One NFT will represent one hundred sq m of the Earth’s surface. Users can purchase the NFTs only via a crypto gateway in order to foster the broader adoption of cryptocurrency.”

Simply put, it is like a parallel earth, and land on this earth is being traded as NFTs.

Tan observes that much of New York has already been sold, including The Statue of Liberty and Liberty Island, as well as The White House in Washington DC and even Buckingham Palace in the UK.

Bridging the gap between the ‘parallel world’ and Earth

ExaStrata Solutions Sdn Bhd CEO and chief real estate consultant Adzman Shah Mohd Ariffin says, “Each NFT is unique and it cannot be traded for each other. It can also be verified in terms of authenticity by referring to the blockchain ledger where it is held. It cannot be copied or forged”

A real estate agent and licensed valuer who is also involved in fintech and proptech, Adzman explains that NFTs represent virtual assets, which can be digital art, sport memorabilia and even a tweet. Twitter CEO Jack Dorsey’s first tweet sold at an auction in March 2021 for a cool US$2.9 million (RM12.1 million).

“It also feeds the desire to create communities who find comfort in virtual interaction created by video game developers such as Minecraft, The Sims ... and turned into blockchain-driven games such as Axie Infinity, Battle Racers, The Sandbox, and others. This can also be acquiring imaginary land that exists in fictional worlds. Each item in the virtual world is tokenised and sold at a certain value based on bidding,” he explains.

Adzman says Next Earth offers a virtual world that appears to be based on tokenisation of land in what seems to be a parallel earth, and decentralises the ownership details in order to avoid forgery and fraudulent activities.

“The ownership rights are locked in blockchain and are indisputable. Based on this concept, the Land Registry in Malaysia should move towards the same direction for the future by decentralising the ownership details in blockchain and making it less likely to be manipulated or subject to fraudulent actions as every single activity will be transparently recorded and made available for those who wish to access the information,” he stresses, adding this will gel well with the Torrens land administration system already in practice.

Lawyer Ranjan N Chandran, a commercial and construction partner at Hakem Arabi & Associates, agrees that it may be time to make some changes to adapt to new developments.

“Whilst the position of the National Land Code (NLC) as it stands does not endorse the concept of NFTs and the ownership of non-fungible assets, the time for change is ripe for amendments to allow asset ownership and digital files hitched on the blockchain technology.”

He adds that the NLC, which is modelled on Australia’s Torrens System where documentation and registration is mandated, has to embrace change with NFTs’ methodology of title verification, which is more efficacious. Similarly, blockchain technology may be considered for title registration in the future.

“It is indeed ironic that although the NLC 1965 was amended in 2020, the much-needed paradigm shift from the conventional pen-and-paper approach to allow asset ownership based on digital files hitched on blockchain technology was not at all considered by the parliamentary draftsmen,” says Ranjan.