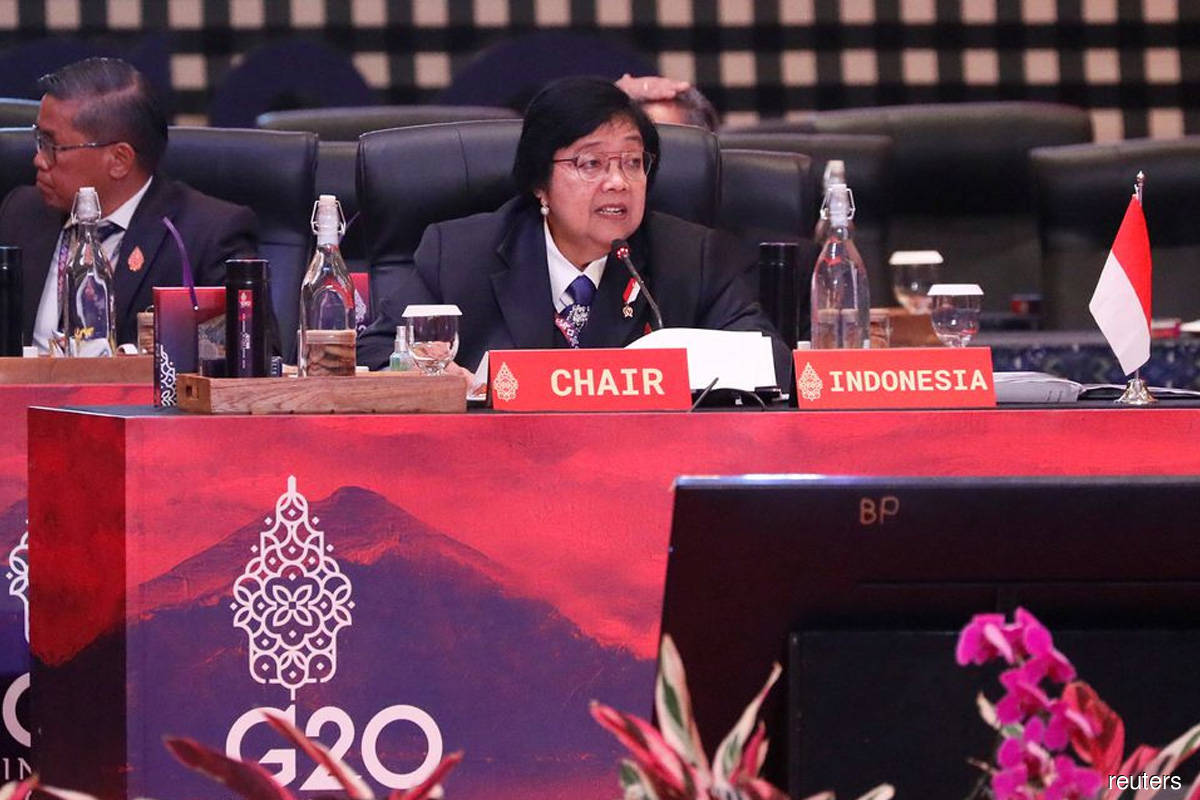 KUALA LUMPUR (Sept 23): A new funding pact between Indonesia and Norway to cut carbon emissions by protecting and restoring rainforest should kick-start similar deals between the Southeast Asian country and rich nations, said green groups, which broadly back the partnership.

Indonesia abruptly ended its previous accord with Norway a year ago, due to apparent disagreements and slow progress in releasing payments based on the results of work to curb forest loss.

The new five-year collaboration, outlined in a memorandum of understanding (MOU) inked by ministers in Jakarta last week, will provide annual payments in line with evidence showing emissions from deforestation have been avoided or reduced through conservation efforts.

The money — totalling roughly US$1 billion — will go into an environment fund managed by Indonesia.

"This also helps pave the way for donor funding from other countries to help support the restoration and conservation of Indonesia's forests," he told the Thomson Reuters Foundation.

Indonesia has the world's third-largest tropical forests but is also its top producer of palm oil and a major source of timber, which many environmentalists blame for forest-clearing for plantations.

But the new money, which will come from Norway's development aid budget, should be viewed as "seed funding", he added.

"The US$1 billion that Norway has committed to this process in Indonesia is only initial funds intended to leverage larger bilateral and multilateral funds," Jaeger said.

Indonesia was ranked as the fourth highest country for deforestation in 2021 by GFW, but losses declined for the fifth straight year after Jakarta introduced a series of policies to protect and restore forests, peatlands and mangroves.

Under the 2015 Paris Agreement to tackle global warming, Indonesia, the world's eighth-biggest carbon polluter, has committed to cut its emissions by 29% by 2030 versus business-as-usual levels, and aims to reach net-zero by 2060 or sooner.

It was also among about 140 nations that agreed to halt and reverse deforestation and land degradation by the end of the decade at the COP26 climate summit in Glasgow late last year.

Mario Boccucci, the head of the UN-REDD Programme for preserving forests, said Indonesia had brought down deforestation rates to their lowest level in 20 years and had developed an ambitious plan for its forest and land use sector to become a net absorber of carbon dioxide by 2030.

"There is a growing momentum for action and finance at scale," he said, pointing to the COP26 declaration on forests and related pledges. "We need more partnerships like this to scale up actions to keep the Paris Agreement within reach."

Indonesia's environment fund, launched in late 2019, has had a slow start, with local media reporting that no funds had been received or disbursed for green projects by early 2021.

However, the US-based Ford Foundation provided US$1 million in grants to the fund in March this year, according to local news site Bisnis.com.

The RFN's Jaeger said further support had been received from the Green Climate Fund and the World Bank.

Interest from more donors in joining or replicating the Indonesia-Norway deal was "promising", said UN-REDD's Boccucci.

But Marcus Colchester, a senior policy advisor at the UK-based Forest Peoples Programme, warned that the language in the new deal with Norway on rewarding efforts to slow deforestation was unclear in relation to indigenous peoples' rights.

There is a risk that Indonesia's government will curb deforestation to an extent but continue to allow some commodity-driven felling in the name of "progress", while freezing much-needed reforms to secure indigenous peoples' rights, he added.

Iqbal Damanik, a forest campaigner at Greenpeace Indonesia, said the vagueness of the wording in the new deal was a concern, as it calls on Indonesia "to reduce" rather than "to stop deforestation".

"What is very regretful is that this agreement does not seek to solve the main forestry problems in Indonesia such as land conflicts, deforestation and loss of biodiversity," he added.